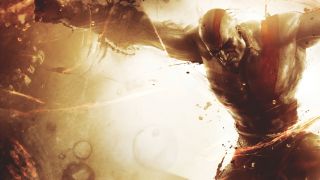 "Don’t tell anyone what Cory Barlog just said," tweeted Sony Santa Monica in semi-tongue-in-cheek style after a somewhat overly revealing panel at December’s PlayStation Experience. Speaking behind-closed-doors after the event, the creative director admitted to IGN the studio’s working on the next instalment of the ancient Greek eviscerate-‘em-up. He also let slip that this presumably-PS4 God Of War is not a prequel… before likely scampering off to tape his gob shut.

As the panel was meant to be a God Of War retrospective – a look back rather than a look forward – that’s all the inadvertent information you’re getting for now, but we can certainly speculate.

For instance, (SPOILERS INCOMING) GOW3 killed off Kratos, and although he returned in Ascension, that was set before the first game. Might a sequel see us play as a different character altogether? “He gave birth to the anti-hero craze,” says Barlog, “but maybe he was angry too long… I think there were several meetings: ‘Why is he mad again?’” A fresh fallen deity could perhaps provide Sony Santa Monica license to explore new creative, less peeved avenues.

Or might it be a reboot? Resetting the series and starting afresh with a new world would certainly make sense given Kratos’ thirst for gory vengeance.

“It’s a bummer when he kills everyone in your universe,” says producer Ariel Lawrence, looking back over Kratos’ antics. “I remember putting together a family tree and showing that he’s killed 75% of people there.” How about a take on Norse mythology? We’d love to go on a PS4 troll hunt.

OPM Staff
We are the hivemind of the Official PlayStation Magazine, the UK's biggest and best PS4 magazine. Follow us for all things PS4, PS3, and PS Vita.
Gaming deals, prizes and latest news