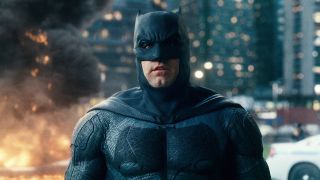 Little by little, we’re finding out more about the Justice League Snyder Cut, the near-mythical alternate version of DC’s superhero mash-up directed by Zack Snyder. Stars Gal Gadot and Ben Affleck have tweeted out images of previously unseen footage, and now we have a confirmed bumper Snyder Cut runtime, thanks to the director himself – who also confirms a master version of the movie seemingly exists.

The news comes from social media site Vero, thankfully posted to Instagram by fan page DC Family. In it, Snyder has the words: “Is it real? Does it exist? Of course it does” overlaying a shot of the director’s cut for Justice League.

Zack Snyder posted this on his #Vero! Once again confirming that the #SnyderCut exists! He also confirms the runtime is 214 mins aka 3hrs 34mins. DC Family

But it’s the runtime, tucked away at the bottom of each canister’s label, that will set DC fans’ hearts a-flutter: 214 minutes. By comparison, that’s over 30 mins longer than Avengers: Endgame, and also outstrips The Irishman in terms of length by four minutes.

Snyder is no stranger to lengthy director’s cuts. His ‘Ultimate Cut’ alternate take on Watchmen, which included 25 minutes of deleted scenes and the “Tales of the Black Freighter” comic, weighed in at a clock-watching 215 minutes.

But, even though we have supposed confirmation it exists, don’t expect it to be released any time soon. Despite a swell of support from grassroots level up to the stars of the movie, a recent report suggested that the Snyder Cut being made available to the public was a “pipe dream.”

For more on one of DC's next big movies, find out everything you need to know about Wonder Woman 1984.