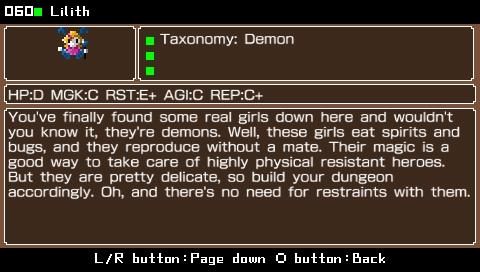 Meddlesome heroes! They’re always busting down the damn front door and wrecking our carefully constructed evil lair. What is a malevolent God of Destruction to do but shore up his defenses and stock up an army of creatures in hopes of stamping out every last smidgeon of goodness that invades his realm? Holy Invasion of Privacy, Badman! What Did I Do To Deserve This? is a zany arcade-style dungeon creation and defense game like no other. Being evil is hilariously fun, even if you’re going to get your ass kicked over and over again for it.

In Badman, you play the role of an unholy entity overseeing the construction of a demonic abode for a sniveling overlord who can’t seem to keep a steady stream of heroic invaders from the outside world at bay. Your lair is made by directing a magical pickaxe to carve tunnels into the cold stone deep beneath the surface. Breaking blocks imbued with varying levels of nutrients and mana spawns a series of pixelated underlings like slimes, lizardmen, bug-critters, demons, dragons, and more. Each monster has different abilities and behaviors and is part of a greater food chain within your lair. Designing the snaking corridors to maximize defense and maintain a careful balance to the delicate evil ecosystem you’ve set into motion is crucial to your overlord’s survival. But your ungodly task is far from easy.

The game’s humorous tutorial section eventually opens up into individual challenge missions that are entertaining and enjoyable to explore. However, the tough-as-nails main story mode gives you one single dungeon to work with, and even the most elaborate attempts to thwart the influx of armed wizards and warriors bent on laying waste to your hard work will inevitably fail most of the time. These champions storm your lair in small groups at regular intervals in an attempt to slay your creatures and drag the resident overlord kicking and screaming to the surface. If they succeed, you die. Game over.

Though Badman is insidiously difficult, there’s something about its quirky humor, cutesy retro aesthetic, cool monster ecosystem, and addictive tunnel building gameplay that drew us back repeatedly for round after round of punishment. The uphill battle against the forces of good isn’t completely unwinnable, but this subterranean adventure is best reserved for the hardcore crowd who gets a kick out of seriously old school levels of gaming sadism.