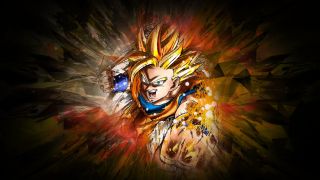 The gaming marketplace is changing. Not only has the meteoric rise of digital storefronts redefined the way in which we buy and sell video games, but people are purchasing a much wider range of titles at faster frequencies than ever before. More than that, the established trend of post-launch updates and developer curation means the act of buying games is no longer a one-time purchase, but an investment into an experience that we expect to grow, evolve, and improve over time.

Yet games are still a curiously expensive commodity compared to other forms of entertainment, and finding the right place to buy them can sometimes feel like navigating a crowded Bavarian market for the slim hope of securing the best deal in town.  Enter Voidu, an online PC gaming store that - unlike many others of its kind - intends to offer a customer experience that goes beyond the simple act of internet trade.

First things first, though. The CD keys that Voidu sells are 100% legitimate, authorized with the explicit approval of the game’s distributors and publishers (many of whom are independent). This may seem like a rudimentary thing to point out, but the buy and sell CD key scene has been notoriously exploited by those with little regard for the legalities of online commerce, and a platform that prides itself on providing certified products is more valuable than newtime customers might realise.

And these products come in all shapes and sizes too. While Voidu originally focused on first-person shooter titles, the store has been expanding its way into other genres too, including RPGs, virtual reality experiences, and more. What’s more, you can find discounts across a range of these games throughout every season, and Voidu offers bespoke benefits for those who become frequent visitors to the site. Refer a friend to a game you’ve also bought, for example, and you’ll receive cashback, while simply registering with the site as a member will reward you with some complimentary credit for purchasing your first game.

Birthed in Turkey by two passionate gamers Emrah Kara (CEO) and Fatih Yalcinkaya (COO), Voidu also separates itself from the crowd by catering to the industry’s emerging markets as much as the core audiences in Asia and the West, from the Middle East to Latin America. For an industry that has notoriously concentrated its resources to a few specific regions at the expense of diffusing the medium more evenly across the globe, this can only be characterised as a positive thing.

And this is just the beginning for Voidu. Its ever growing team (now based in Amsterdam and made up of 12 full time staff) have ambitions to enrich the platform even further, with plans for a Loyalty Program, community features, influencer partnerships, and much more. The company is still growing, then, with a mandate to stay agile and responsive to emerging trends. But if you’re a PC gamer on the hunt for your next digital obsession, that Bavarian market just got a little bit easier to navigate.

Visit the Voidu Store Page right now for all the latest deals on a wealth of PC games.