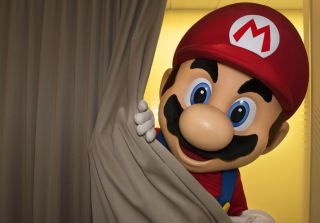 The years-long wait to get an official account of Nintendo NX is nearly over. Nintendo revealed via its Twitter account that it will debut a "Preview Trailer" for its next gaming system tomorrow at 7 am PDT / 3 pm BST.

Be among the first to discover #NX. Watch the Preview Trailer at 7am PT/10am ET! pic.twitter.com/R2QTzjyLUoOctober 20, 2016

Multiple reports, and even the CEO of The Pokemon Company, have pegged NX as a system that marries elements of both home consoles and handheld consoles. But aside from a release window, Nintendo has offered almost no new information about NX since its late president Satoru Iwata first publicly discussed it in March 2015.

Nintendo doesn't have much time left in the hype cycle if it still plans to launch NX in March 2017, so hopefully this won't just be a minor tease with some blurry outlines and no firm release date. But, well, I wouldn't rule it out. We'll see very soon either way.