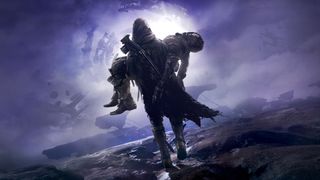 Even if you're not one of the Destiny 2 dedicated, you've probably noticed all the buzz surrounding Forsaken, the next big expansion. Maybe you're a lapsed player and all the hype has inspired you to return to space, or perhaps you're a Destiny virgin and you want to know if Forsaken has a place for you. Whatever your situation, we have have the answers to all the questions you're afraid to ask.

What is Destiny 2: Forsaken?

Forsaken is the latest big expansion for Destiny 2, and has a big impact on both gameplay and storyline. It introduces a new location to explore, the Tangled Shore, and a new enemy called The Scorn.

There's a new raid called 'Last Wish' set in the Dreaming City, and Bungie has announced that it goes live on September 14 at 10 AM PDT, a week and a half after Forsaken is released.

Forsaken also introduces the new Gambit mode, where you can test your skills in a 4v4 match that combines PvE and PvP. Bungie has already run a free trial of the competitive co-op caper, but don't worry, it won't start recording Gambit stats until Forsaken officially launches.

As for your Guardian, they'll get to play with brand new loot - including a shiny new Legendary bow - and nine new Super abilities.

When is Destiny 2: Forsaken out?

Forsaken will go live on September 4. Destiny 2 server maintenance will start at 7am PT, 10am ET, 3pm BST - giving plenty of time to download the patch you'll need to play - and  ends three hours later at 10am PT, 1pm ET, 6pm BST.

How much is Destiny 2: Forsaken?

Pre-order any of the above and get access to Cayde’s Exotic Stash, which includes the Ace of Spades Last Hand Exotic Ornament, a Queen of Hearts Exotic Ship, the Standoff Exotic emote, and Shades of Cayde-6 armor shaders.

Do I need to own Destiny 2 in order to play the Forsaken update?

Yes, and the Curse of Osiris and Warmind expansions. Bungie has thought of this though, and bundled all of the above into a Destiny 2: Forsaken - Legendary Collection for $59.99. It's worth noting that PS4 owners with PS Plus can download Destiny 2 for free right now as part of September's Playstation Plus free games. That's a great package in its own right, and it won't be lost on Activision that this greatly increases the number of potential PS4 players of the Forsaken update. Xbox One and PC owners will find the original Destiny 2 at discount prices if they shop around, and then it's just a case of picking up the relevant updates / season passes.

Can I take part if I've never played Destiny 2 before?

Of course! Forsaken comes with a one off in-game item called 'Spark of Light' that will jump you to the needed Power level right away. Sure, you won't have a vault full of gear like some of the old timers, but the Forsaken update renders a lot of that irrelevant anyway.

All the older Destiny 2 content is also still live for you to do at your leisure, so you can get Exotics like Whisper of the Worm, the MIDA Multi-Tool and more.

Is there anything in it for solo players who don't want to raid?

Hell yes fellow introvert. You can play through the new campaign story without even having to emote at another Guardian. If you want to play one of the multiplayer strikes there's matchmaking too, so you can just tag along with a bunch of strangers.

Bungie has also talked about the Dreaming City location as an 'end game destination' where there'll be plenty for lone wolves to uncover. One new activity you'll find there is the Blind Well, which looks a little similar to Warmind’s Escalation Protocol Public Event where enemies come at you in waves.

What will hardcore fans make of it?

There's genuine hope in the hardcore community that this is a turning point for Destiny 2, a game that suffered from a lack of new content, underwhelming depth, and some stumbling around when it came to nailing what made loot hunting satisfying, rather than enraging. Destiny 2: Forsaken is much more focused on making sure this is the hobby game that everyone wants it to be, offering daily and weekly rewards and activities to keep people coming back, and not just for the awesomeness that is Gambit either.

As for the story, killing off the beloved Cayde-6 was a bold statement about how the story is going to evolve (there's an entire novel's worth of new lore coming with Forsaken), and suggests Bungie is going to stick to its promise to 'make Destiny weird again.' Plus, this is the first time for a while we've had a grounded antagonist, which should make you care a lot more about what's happening with Forsaken's storyline, especially fuelled with rage over Cayde's death.

OK, I'm back in. After Forsaken, what does Year 2 of Destiny look like?

Bungie has already shared its roadmap for the year ahead, so you can dive back in knowing that you have another three big updates to look forward too, and plenty of smaller content drops along the way.

December 2018 will see the release of a free seasonal update, Season of the Forge, and an Annual Pass expansion called Black Armory. Season of the Forge will include the return of Heavy Machine Guns, new weapons, new content for Crucible and Iron Banner and Christmas event The Dawning. Black Armory will open up a new area, bring a new raid, new Exotics and Legendaries and a new Forges of the Chain Activity.

In spring 2019 the free update, Season of the Drifter, will again bring new weapons, new content for Crucible and Iron Banner, and an as yet unannounced special event. The Annual Pass expansion will be Joker's Wild. This expansion doesn't have a new raid included, but does promise a 'new activity experience' and a change to Gambit mode. It will also have new Exotics and Legendaries.

In summer 2019 we can expect another free update to tie in with an unnamed season, and Penumbra, the big Annual Pass expansion. This will have a new raid, a new activity experience, plus the new Exotics and Legendaries.

Whether you're a Destiny 2 first timer or a seasoned veteran counting down the hours until the new update, here's our Destiny 2 Forsaken preparation guide on how to make sure you're at full speed ahead of its release.