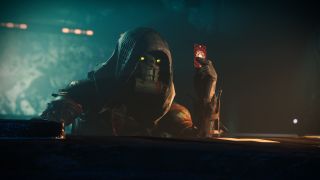 Destiny 2 Season of the Drifter will keep the seasonal updates coming as Destiny 2 continues to march through its second year. Among other things, the latest season has some highly requested balance changes and quality of life updates, new activities and events, and a higher Power ceiling to keep you hungry for loot. So, we've put together a roundup of everything included in the season.

The Season of the Drifter Power cap will be 700

Each stage of Destiny 2's annual pass ups the Power level cap by 50, meaning the Season of the Drifter will push it to a clean 700 and the newly named Season of Opulence will bump it to 750. This will also raise the soft power cap, so hitting the upper 600s should be much easier going forward, especially if you own the annual pass and have access to Power Surge bounties.

Gambit is getting private matches

Everyone will get access to regular Gambit private matches on March 5, though it seems the new maps will only be available through normal matchmaking and not private matches, at least initially.

Another Exotic quest is coming

On top of Thorn's Exotic quest and the Vanguard Allegiance quest, all players will get access to an as-yet-unnamed Exotic quest sometime this season - around April, if the roadmap is accurate.

Apart from Thorn and the above mystery Exotic, the Season of the Drifter also added four new Exotics to the general loot pool. You can receive these from any activity that can dish out Exotics, so cross your fingers and get grinding. You can learn more about these Exotics here, but here's a quick rundown:

A new season means new seasonal weapons, and the pinnacle Crucible, Vanguard, and Gambit guns are getting a refresh. In the Season of the Drifter, you'll be chasing:

New events are coming in May

The tail end of the Season of the Drifter will be supported by three events, and two of them are totally new: The Revelry, which sounds a lot like The Dawning, and Arc Week, which we know next to nothing about but will presumably buff the damage or cooldown of arc weapons and abilities. Oh, and Iron Banner will close out the month.

Xur will sell Forsaken Exotics in the Season of the Drifter

If you're still missing some of the many cool Exotics from Destiny 2: Forsaken, Xur's got good news for you: he's adding Forsaken Exotics to his inventory on March 5. His selection will still be random, and Fated Engrams won't award Forsaken Exotics, but even having a chance at something new is better than another season of outdated Exotics.

If you've ever felt like your fashion choices are limited by the base stats on your armor, Bungie's got good news for you: starting in the Season of the Drifter, armor will feature random stat rolls, meaning armor which was previously specced for resilience will have the option to roll with recovery or agility. This is a nice quality of life change which should make more armor more relevant. You can learn more about this change and about a billion others in this rundown of the big seasonal patch.