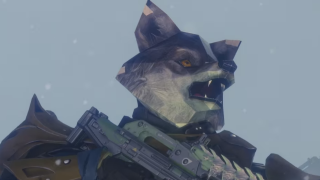 Here's the good news: Destiny 2 will let you carry over your characters from the original game. And the bad news: you won't be able to keep any of the stuff you put dozens (hundreds?) of hours into earning. In one of its first official, definitive statements about the sequel, Bungie explained how Guardians will and won't transfer over.

First off, here's what you can keep for Guardians who have reached Level 20 and completed the Black Garden story mission (that's the conclusion of the vanilla campaign):

Yep, that's just the stuff you picked in character creation (no names because Guardians never had individual names to begin with). Original accounts that meet those criteria will also be rewarded with some manner of "veteran honors" in the second game, while Guardians who never finished the vanilla quest line will remain forever trapped in the past. Well, until they finish it, I imagine.

Here's what you can't take into the second game:

Sorry superfans: that beautiful selection of fully upgraded exotic gear you've assembled will remain behind. It doesn't sound like Bungie is planning to end support for the original Destiny any time soon, so you'll still be able to play with all of your hard-earned loot, but it won't join you on your new adventures.

"We believe this is the best path forward," Bungie collectively explained. "It allows us to introduce the major advancements and improvements that all of us expect from a sequel, ensuring it will be the best game we can create, unencumbered by the past. We’re looking forward to sharing more details with you later this year for how we will honor your legacy in the future."

Bungie's clearly invested in making Destiny 2 a fresh experience for players. Are you happy with that decision, or would you rather the sequel be a more familiar game that lets you carry over all your hard-earned gear and character customization?