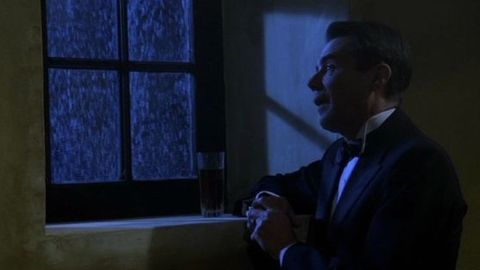 Novel by Nabokov. Script by Tom Stoppard. Directed by Rainer Werner Fassbinder. Starring Dirk Bogarde. Got to be some kind of masterpiece, right? Well… no. Dating from 1978, Fassbinder’s first English-language film is frankly a mess.

Set in Berlin as the Nazis rise, it has Bogarde as an expat Russian chocolate magnate with a dumb, faithless wife (Andréa Ferréol) who, meeting a down-and-out he thinks is his double, decides to bump him off and steal his identity.

Everything about Despair feels queasily off – the plot, the acting, the dialogue and the fussily over-decorated sets.