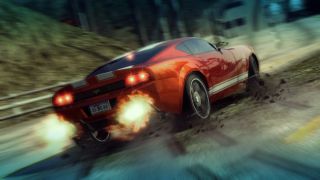 Chaotic racing game Burnout Paradise launched in 2008 to fan delight and critical acclaim. Now, over 11 years later, the servers for the game will shut down on August 1. The official Facebook page for the EA game confirmed the news today.

"Burnout Paradise fans, after over 11.5 years of service, the servers for the original 2008 game will be closing on August 1st 2019. That affects Xbox 360, PS3, and PC versions. Offline play will still be available of course, and Burnout Paradise Remastered servers are unaffected," it stated.

"Thanks to the lingering hardcore few for staying with us. You've got 106 days (or so) to finish all those barrel-roll challenges!"

A digital copy of Burnout Paradise Remastered sells for under $10 right now, so only the real hardcore - or those that haven't been able to upgrade from PS3 or Xbox 360 yet - will be left without a way to get their reckless driving kicks. Fans might also like to know that some of the original developers behind the game went on to found Three Fields Entertainment, which has just released Dangerous Driving for PC, PS4, and Xbox One.

Deciding which servers to close and when is a tricky balancing act for publishers, but EA at least keeps players informed. If you're worried that your favorite game might be next, you can check out its Online Service Updates page.

Burnout Paradise is an imperfect, but still thrilling and mega fun, open-world racer. A decade after release, we look back on how Criterion's city-wide car fest switched up the series