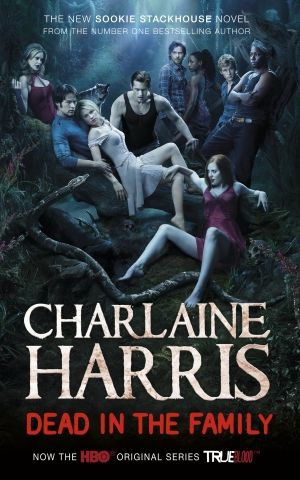 Sookie has fairies at the bottom of her garden

After the monumental events of Dead And Gone , Sookie Stackhouse’s life returns to a more sedate state in the tenth in the Southern Vampire series – sedate for Sookie, that is. One of the reasons Charlaine Harris has been able to maintain the series so successfully is that she varies her pace between the novels, rather than bring on successively more massive (and ultimately ridiculous) enemies and events.

There’s plenty to suggest that matters between Eric and fellow vamp Victor are coming to a head, but family is very much the theme of this novel. Claude, now without any fairy company, moves in with Sookie. Eric is visited by a couple of thoroughly unwelcome relatives. Bill is still suffering as a result of the fae war, and Sookie decides he needs the blood of a related vampire to heal him. She also spends more time with her cousin Hadley’s telepathic son.

Sookie is never far from a body, though, and when one turns up in her woods it involves the local werepack, who tell her there’s also an unknown fairy wandering through her woods. Sookie has to find out who buried the body and why, while picking her way carefully through vampire relationships and her own love life.

Despite her, er, special ability, Sookie has always been a very human sort of heroine, and the fact that she needs a quieter time and is still recovering - physically and emotionally - from what happened to her in Dead And Gone sets her apart from other heroines of urban fiction, who bounce back from apocalyptic battles with little damage, and certainly never with scars. Fans who love the series because of the characters will welcome the chance to see Sookie and co in a less action-packed story.