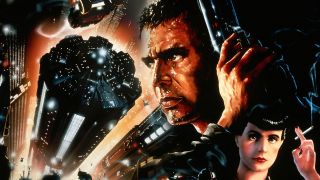 Blade Runner 2 director Denis Villeneuve has been on a heck of a winning streak lately; Prisoners, Enemy, Sicario, and Arrival - the latter of which arrives in cinemas later this year - have all been well-received. There's another level of expectation when it comes to a Blade Runner sequel though, and Villeneuve is well aware of how daunting the challenge is:

"First of all, it’s not possible to live up to the original", he explained to The Hollywood Reporter. "It’s Ridley Scott. It’s a masterpiece. It’s one of the best sci-fi films, one of the best films in the past 50 years. For me, what terrorises me right now is what I’m doing is taking Blade Runner and making it my own, and that is horrific".

"To realise that when I look at the dailies, it’s not Ridley Scott, it’s me, and that it’s different. It’s still the same universe, we are still in the same dream, but it’s mine, so it’s like I have no idea how you people will react, I don’t know. It has its own life".

While on the one hand it's a little surprising that Villeneuve - a director who should be more confident than most, given his recent track record - is making comments like these, on the other it's also refreshingly candid and wise.

Blade Runner 2 has a better chance of going down well with sci-fi fans if it's its own beast as opposed to attempting to recapture the magic of the original, and if Villeneuve's recent films are any indication then his new vision will be worth seeing. When you factor in the superb cast, the director has all the ingredients he needs to make a worthy sequel. Speaking of which, Villeneuve had some nice things to say about Ryan Gosling and Harrison Ford:

"I must say, the thing I can say is that Ryan Gosling is insanely good. I knew he was a great actor, I didn't know how brilliant - he's really an intelligent person, very clever, very provocative mind, he's bringing a lot to the project right now, a lot, in a positive way".

"Harrison Ford, he was one of my biggest heroes. I grew up with him, so to meet a man like that who is kind of a legend in your heart, that has that kind of humility, generosity, open-mindedness and simplicity, one of the nicest human beings I've met. I'm really looking forward to start working with him".