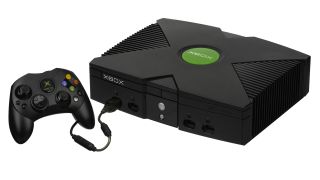 Microsoft's very first foray into the world of console gaming may have been marred by its ridiculous size and its short lifespan, but it also had some rather brilliant games. It was with the original Xbox that Bungie really defined how console FPS should work with Halo, Elder Scrolls 3: Morrowind showed that big PC RPGs work on console and your big TV, and even Japanese games could translate too, from the likes of Jet Set Radio, Phantom Dust, and Shenmue 2. Basically, whatever you like playing, the original Xbox had something for you.

Now you'll have a chance to celebrate the original Xbox all over again, as the Xbox One, Xbox One S and the super-charged Xbox One X will support titles from that bulky behemoth through backwards compatibility. If you're looking for some games to fill out your digital library (or are wondering which ones you should snag second-hand for your original Xbox console), check out our ranking of the 25 best Xbox games ever made. Some are still available on Gold, so you might want to pick up an Xbox Live deal and keep your sub going.

Before plastic guitars and drums were the norm in every living room, Capcom's Steel Battalion asked you to fork over $200 for a gigantic controller sporting two control sticks and 40 buttons. Such was the price for one of the most immersive games of this or any generation. While it's admittedly overkill, the added physical controls make the game feel remarkable, helping to replicate the experience of actually controlling a mech.

Even beyond that, however, the game is simply fantastic. Doing maneuvers with your mech squad is authentic fun, and the visuals were great for their time. It even has a sequel, Line of Contact, which also used the controller, as well as adding in multiplayer. Then it had another sequel, but we don't talk about that one anymore. It's the mad idealism of the original that keeps this series close to our hearts.

Everyone secretly wants to be Spider-Man, but no game really got close to fulfilling those dreams until Spider-Man 2 came along. Although it's a (really loose) movie adaptation, it was the first game to throw a superhero into a big, open world and just let you mess around with their powers. And until Batman: Arkham Asylum arrived in 2009, it was arguably the best.

That's mostly thanks to developer Treyarch absolutely nailing the feeling of web-swinging, enabling you to latch onto any surface for freeform Tarzan antics. There's a careful rhythm to doing it right, but once you get the hang of it, you can rocket across Manhattan's skyline with the speed and grace of an Olympic gymnast... with spider powers. The whole experience is a seamless, unbridled rush, coupled with plenty of randomly fun side quests, from pursuing non-movie plotlines to chasing down some kid's lost balloons.

There are three kinds of racing fans: Those who like Gran Turismo, those who like Mario Kart, and those who like Burnout. And for the Burnout crowd, Burnout 3 is the cream of the crop. Criterion's racing series places action-packed racing and over-the-top crashes over realism for fantastic results, and Takedown perfected the formula that it tinkered with for the previous two games.

The best addition is the new "Takedown" mode, which turns a traditional race into a gauntlet where you need to beat your opponents by smashing them off the road; think of a standard race but add in some borderline Mad Max car fights. Burnout 3 managed to take the unrealistic racer to the next level, packing more competitive action than the last two games combined.

Intensity and authenticity: Those two qualities stand out in this first- (and third-) person shooter from a galaxy far, far away. Developer Pandemic expertly rendered battlegrounds near and dear to Star Wars fans, stuffed them full of heavily armed vehicles (which were mostly well-known), then kitted out nicely sized opposing armies complete with a detailed class system so that the various unit classes all feel slightly different...

... but that was all in the first game. Battlefront 2 adds compelling new game modes, titanic space battles to complement the planetside platoon action, and playable Jedi who were capable of single-handedly turning the tide of a battle, but which somehow didn't rupture the game's balance. This was the titanic Star Wars game we'd been looking for. Even with new, more photorealistc Battlefront games out there, many still argue that this is the definitive experience.

Who would have guessed that Oddworld Inhabitants, creators of quirky and environmentally conscious puzzle-adventures, could pull off a full-blown shooter? Or that it would end up being one of the very best shooters the original Xbox had to offer? Yet the most unbelievable thing about Stranger's Wrath is that the slow-paced, lever-pulling Oddworld universe had been transformed into a fast and frenzied action affair without losing a single ounce of its lovably weird personality. Despite the macho Western setting, the story's theme still concerns nature vs. industry. And despite the hero's tough-guy aura, you're still fighting to protect dewy-eyed innocents from greed-obsessed monsters that look straight out of a demented Jim Henson film.

Even the gun itself isn't what you'd expect. Forget bullets - this baby shoots actual live ammo. As in, living creatures that you snatch off the ground, load into your crossbow and launch, screaming and writhing, at the enemy. It's fun, innovative and totally out of left field, just like the entire game.

Please, whatever you do, don't call Forza Motorsport a Gran Turismo clone. When the developers at Microsoft saw what the folks at Sony had accomplished with their realism-obsessed racing simulator, they didn't copy it... they thought, "We can do that better".

Luckily for Xbox owners, they were right. On its very first try, Forza matched the GT series car for car, track for track, and customization option for customization option. Then it made two immeasurably huge improvements: accurate damage physics and online play. The former was long overdue in a genre that prides itself on realism. The latter gathered lonely, closeted car enthusiasts around the world and united them into an elite and knowledgeable culture club.

19. Beyond Good and Evil

Feeling like some strange combination of The Dark Crystal, X-Files, and Independence Day as directed by Tim Burton, Beyond Good & Evil is a game that refuses to be pigeonholed. It's funny, with cutesy animal characters (one of whom wields fart-fueled jet boots) and chubby, rounded spaceships.

But beneath that cute surface is real depth, with a plot that delves into themes of government conspiracy, revolution, love, and trust. Its gameplay is all over the place, from Metal Gear-style sneaking to space dogfights, hovercraft races, nature photography, and one particularly brutal game of space air hockey. And when the final credits pan across a series of photographs of the characters, you'll feel like you're looking at pictures of your actual friends.

Originally pitched as the ultimate open-ended experience, Fable was released as an unfinished, fairly linear action-RPG and an object lesson in not believing the hype. But somehow we love it anyway; for all its hacky-slashy gameplay and deep flaws, it's still a rush to watch your character age, marry the girl and/or guy of his dreams and be loved or feared by mobs of villagers.

Fable's main quest is short, and all the side diversions packed into the world get old after a few hours. But it delivers a lot of special, memorable moments while it lasts, and watching your hero grow up and develop gives you a connection to him that most games just don't offer. Fable wasn't what we were promised, but it was still groundbreaking in its own way - after all, how many games let you just hang out in taverns and turn into a fat boozehound?

God only knows how many times we've single-handedly won the Second World War by cutting through wave after wave of the Nazi plague, marching relentlessly on through the bloody wastelands like a possessed, bloodthirsty super soldier, never stopping to think, just focused on kill, kill, kill.

And then Brothers in Arms rolled into town, teaching us to do things differently and that, actually, war is a team game where lone wolf, gung-ho heroes tend to get their guts shot out. Road to Hill 30 has plenty of intense action, but it's also focused on smartly paced, squad-oriented tactical masterminding, effectively ambushing us with a refreshing approach to Nazi hunting.

At times, hiking across - or flying over - Mercenaries' huge battle-scorched landscape is a strangely bleak and depressing experience. Pandemic successfully captured the joyless atmosphere that must, we imagine, suffocate the air in times of war.

Thankfully, the developer also captured the magical, chimney-stack wonder of blowing buildings up and watching them fall down, providing you with a Richter scale-shattering array of heavy weapons and air strikes to play with. Laser-guided death has never been so devastatingly fun. Talk about emotional whiplash.