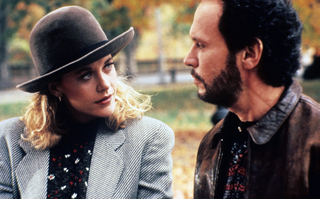 The best romantic comedies are up there with the pinnacle of cinema's finest stories. Endearing, enchanting, and full of great dating advice (well, maybe that's debatable), these romantic movies are responsible for giving us some of Hollywood's favourite heartthrobs, greatest film quotes, and most iconic characters. Sure, they may be pretty corny, but isn't that part of what makes romance so, well, romantic?

What better way to spend Valentine's Day than snuggled up on the sofa with one of the best romantic comedies of all time? And, if you're stuck for choice, we're here to help with this list of cult classics to indie breakouts. Make sure you stock up on the tissues and chocolate beforehand – there will be tears.

The romance: Three weeks before her 28th birthday, food critic Julianne Potter (Julia Roberts) receives a phone call from her oldest friend Michael (Dermot Mulroney), telling her of his upcoming nuptials to the 20-year-old Kimmy (Cameron Diaz). Regardless, Jules is hell bent on keeping a pact the two made in college; if they aren't married by 28, they marry each other. Yeah, 28 is OLD in this movie.

Why it wooed us: This is as mainstream as rom-coms get. A starry cast, big-budget, and an amorous dilemma. Yet My Best Friend's Wedding approaches the setup from a fresher, less obvious angle. We don't always side with our heroine, and Kimmy, the woman we ought to despise? She's an absolute hoot!

The romance: The owner of a sizeable facial appendage, Charlie Bales (Steve Martin) tends to strike out with women: in particular, town newcomer Roxanne (Daryl Hannah). When she shows interest in one of Charlie's co-workers, the dim-witted Chris (Rick Rossovich), Charlie lends a hand, writing love letters on his behalf, confessing his love for her vicariously.

Why it wooed us: Released at a time when Martin's output was at its peak, Roxanne treads the path between odd, tender and sweet. The overall message? Love comes in all shapes (ahem) and sizes (ahem... again).

The romance: After being introduced at a party, masseuse divorcee Eva (Julia Louis Dreyfus) begins dating Albert (James Gandolfini). Even in the early stages, their relationship holds promise. That is until Eva realises her latest client Marianne (Catherine Keener), an enigmatic poet journeying through her own divorce, is Albert's ex-wife. Unsurprisingly, it gets a bit awkward.

Why it wooed us: Thank goodness, another smart, witty romantic comedy revolving around people over the age of forty. It works so well thanks to the chemistry between Dreyfus and Gandolfini.

The romance: A coming-of-age high school movie about a gay teenager who enters into an online relationship with a mystery classmate, while trying to navigate the various perils of high school.

Why it wooed us:  Love, Simon is one of the most relatable high school movies in years, and it also just so happens to be groundbreaking in its depiction of a gay character in a mainstream teen flick. Director Greg Berlanti (best known for his TV work on The Flash) treats all of his characters with empathy, but Nick Robinson is a revelation as Simon. It’s a joy to watch the romantic mystery unfold, with unexpected surprises and second-guessed assumptions. Expect some tear-jerking moments along the way – this is a big-hearted hug of a movie that’ll leave you grinning ear-to-ear.

The romance: Cameron James (Joseph Gordon-Levitt) is head-over-heels for Bianca Stratford (Larisa Oleynik). Due to a stipulation by her father, Bianca can only date if her angsty sister Kat (Julia Stiles) does. So Cameron tries to convince the mysterious Patrick Verona (Heath Ledger) to date Kat. This is Shakespeare, so there are more entanglements, but you get the gist.

Why it wooed us: A modern take on The Bard's The Taming of the Shrew updated to a Seattle high school, the movie has a superb leading cast, all at the start of their careers. But its Allison Janney as the smut-scribing guidance counsellor who absolutely steals the movie.

The romance: Having been taught from a young age that monogamy isn't realistic, magazine writer Amy (Amy Schumer) lives a life free from romantic commitment. That is until she finds herself falling for the subject of a new article she's writing, sports doctor Aaron (Bill Hader).

Why it wooed us: Though it ends up being a lot more conventional than its set-up suggests, the winning central pairing of Schumer and Hader ensures that even classic tropes feel fresh. A consistently funny and genuinely affecting modern romcom that also delivers the most awkward cheerleader routine ever and a practically unrecognisable Tilda Swinton as Amy's barmy editor.

The romance: The beautiful Buttercup (Robin Wright) falls for farmhand Westley (Cary Elwes), who vows to seek his fortune before returning to marry her. When his ship is attacked by Dread Pirate Roberts (also Elwes) she believes he has perished and marries the insufferable Prince Humperdinck (Chris Sarandon). When a mysterious Man In Black comes to rescue her after Humperdinck has her kidnapped, he bears a striking resemblance to a young farm boy...

Why it wooed us: Rob Reiner's fantasy rom-com mocks the typical swashbuckling fare which preceded it. It pushes William Goldman's screenplay to the hilt with super-quotable dialogue that still holds fast for fans.

Why it wooed us: Tackling a frankly tricky topic – the fluidity of sexual identity, contemporary masculinity – it still holds up as a funny as hell dive into modern romance. Points awarded for Holden's confession to Alyssa on their way home from dinner: moving, funny, and probably Kevin Smith's best monologue ever scripted. Well, Alyssa's response to Holden's prying, later on, comes pretty damn close to topping it actually.

The romance: Sicilian New York widow Loretta (Cher) is set to marry Johnny Cammareri (Danny Aiello) – a man she likes but doesn't love – much to the enthusiasm of her parents. With Johnny back in Italy, he urges her to contact his younger, feisty brother Ronny (Nicolas Cage) to invite him to the wedding. They drive each other up the wall, which can only mean one thing, right? Cue fireworks.

Why it wooed us: The relationship between Loretta and her father Cosmo (Vincent Gardenia) is a treat. Their digs at each other are the foundation of the movie's chuckles.

Why it wooed us: This is Sandler at his absolute best: funny, compassionate and inherently likeable. Twinned with Barrymore's charming and goofy Julia, the pair's crazy chemistry harks back to Hollywood's golden era.

Continue to Page 2 for more of the best rom-coms