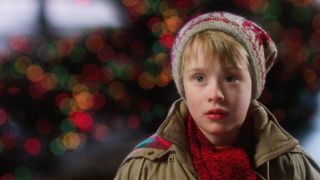 Christmas is a wonderful time for movies. It’s an opportunity to share your favourites with your nearest and dearest, while also using them as a strategic distraction from whatever inevitable fallout happened over the dinner table. Why argue over politics when everyone can sit in blissful silence for three-and-a-half hours watching Martin Scorsese’s The Irishman? Then there are the holiday classics: each perfectly engineered to be watched on a (too) full stomach and while trapped underneath a pile of blankets and discarded wrapping paper.

Thankfully, the major streaming services have all come to the rescue this season. Between Netflix, Amazon Prime, and Disney Plus, there’s an ideal Christmas movie for everyone – whether you’re a fan of improbable romcoms, cutesy animations, or Oscar-nominated fare. And so, here’s a list of our picks for the best 25 Christmas movies on offer, concentrating on films available in the US and the UK on Netflix and Amazon Prime. Disney Plus, at the moment, isn’t available in the UK, though Brits can always treat themselves to an out-of-season Christmas binge when it’s finally released in March of next year. There’s no wrong time to watch Home Alone.

Where you can watch: Netflix (US/UK)

The film: Netflix has proven itself as a major rival to Hallmark and its brand of deeply inoffensive rom-coms, where sweater catalogue models fall in love and, more often than not, end up opening a boutique hotel together. Possibly the most infamous of Netflix’s offerings is A Christmas Prince, where a young American journalist named Amber (Rose McIver) gets sent to a press conference in a made-up European country but ends falling in love with the heir to the throne.

Why it’s worth a watch: A Christmas Prince is ridiculous – and unashamedly so. But that’s the source of its charms. You can never quite tell how self-aware of its own cheesiness it is or whether you’re laughing with it, not at it. Do the filmmakers know that, in reality, Amber would have been thrown into jail for treason after sneaking into the royal palace and posing as a princess’ tutor? Who knows, it’s still fun either way.

The film: One of Disney’s many direct-to-video sequels of the 90s, The Enchanted Christmas is probably best remembered for the swanky burgundy-and-cream outfit it gave Belle. It had lots of bows and roses and, arguably, was superior to her main yellow ballgown (although that’s a  controversial opinion probably best-kept for a different list). More easily forgotten is the film’s actual plot, in which an evil pipe organ tries to foil the rest of the castle’s plans to make Belle and the Beast fall in love.

Why it’s worth a watch: The choice of villain here was definitely an odd one – he’s motivated by a desire not to break the curse and turn back into a human, since life as a pipe organ is so miserable that he actually gets a perverse kick out of it. But, then again, that character is voiced by the inimitable Tim Curry, who joins a largely original cast, including Paige O’Hara and Angela Lansbury. There’s a definite nostalgic appeal to this one.

The film: You do really have to question the parenting skills of people who accidentally abandon their son not once, but twice. Poor little Kevin (Macaulay Culkin) ends up on a flight to the Big Apple, while the rest of his family are headed to sunny Florida for the holidays. While he waits to be rescued, the little tyke once more causes grievous injuries to a pair of robbers (Joe Pesci and Daniel Stern’s Harry and Marv) and gets directions from current US President Donald Trump.

Why it’s worth a watch: Home Alone 2 is vastly inferior to its predecessor, mainly because it’s less of a sequel and more of a loose remake – just with a change in location. But Kevin and his semi-murderous antics are cute and funny wherever on the planet he might be, so it’s always good to have a second round at the ready. Just don’t mention Home Alone 3.

Where you can watch: Netflix (UK/US)

The film: Imagine Santa Claus, but with the rogue sexual energy of Kurt Russell, and you’ve got Netflix’s Christmas Chronicles. That’s pretty much the beginning and the end of the pitch here, which otherwise throws in a fairly predictable plot: two kids (Judah Lewis and Darby Camp) hitch a ride on Santa’s sleigh, buckling themselves in for some outsized holiday hijinks.

Why it’s worth a watch: Kurt Russell is a delight as Santa Claus, committing to the role as if the entire production had been directed by Quentin Tarantino. He even hooks up with members of Bruce Springsteen’s E. Street Band to perform their take on “Santa Claus is Back in Town”. And, best of all, Russell’s offscreen wife Goldie Hawn drops in for a cameo as Mrs. Claus (now, can we get her daughter Kate Hudson signed on for the sequel?).

The film: Although there are several versions of Charles Dickens’ A Christmas Carol on this list, Scrooge is by far the most traditional interpretation (there aren’t any puppets involved, for example). With Scottish character actor Alastair Sim in the lead role, the film sees our surly protagonist visited upon by the ghosts of Christmas Past, Present, and Yet to Come – all bearing the same lesson about the true spirit of generosity.

Why it’s worth a watch: A classic British film, Scrooge is sometimes described as the greatest adaptation of Dickens’ novel ever made. It’s a rare version of the story that digs deep into ideas of inequality and self-interest in Victorian Britain, while never hesitating to play up the gloomier scenes. Who could forget what happens to Tiny Tim in the future where Scrooge doesn’t have his change of heart?

The film: The Santa Clause is about a man who murders Father Christmas and then takes his place. Somehow, it’s not a horror film. What we’re watching, in fact, is Tim Allen in his 90s, pre-Toy Story prime – when he was best known as the star of TV’s Home Improvement.

Why it’s worth a watch: It’s the epitome of the '90s Christmas movie – a decade where it seemed like studios were in competition to come up with the most ludicrous premise for a heartwarming family comedy (see: Home Alone and its focus on a child causing life-changing injuries to grown men). But The Santa Clause is packed with so much good, old-fashioned fun that you quickly forget that things kicked off with a homicide.

Where you can watch: Netflix (UK)

The film: It’s a film that both tells the story of A Christmas Carol and how Dickens came to write it. With his last three books having all turned out to be failures, the author (Dan Stevens) seeks to restore his reputation (and his finances) by taking inspiration from his own life – particularly his troubling relationship with his father (Jonathan Pryce). The events of the novel play out onscreen, with Christopher Plummer filling in as Ebenezer Scrooge.

Why it’s worth a watch: It’s an unusual approach to a well-worn tale, but The Man Who Invented Christmas adds an unexpected personal touch to the original novel. Even if you know the story like the back of your hand, it’s still interesting to see how it may have been influenced by Dickens’ own financial struggles – his father was, at one point, incarcerated in a debtors’ prison.

The film: The Easter Bunny has never been this epic. Rise of the Guardians imagines that each of the imaginary creatures of our childhoods (including Santa Claus, the Tooth Fairy, and the Sandman) are not only real, but form an ancient superteam that protects the world from nightmares and bad vibes.

Why it’s worth a watch: Rise of the Guardians was a box office bomb that’s now slowly being reappreciated by audiences. It’s an animated children’s film that relies on a series breakneck action setpieces, to the point that it becomes instantly reminiscent of your average comic book film. Call it “Baby’s first Marvel movie”, if you like. The dialogue might be, at times, a little on the painful side, but it’s an exquisitely crafted world that offers an alternative spin on holiday traditions.

The film: Christmas can be such a lonely time of year. It’s the enemy of the recently dumped and broken-hearted. Thankfully, Nancy Meyers has given all of us that might be suffering a small sliver of hope. Iris (Kate Winslet) and Amanda (Cameron Diaz) decide to swap homes for the holidays so they can escape their miseries, only to fall head over heels in love with the locals (Jude Law’s Graham and Jack Black’s Miles).

Why it’s worth a watch: Watching The Holiday feels like hugging yourself while wearing a giant, cashmere jumper. It’s Meyers doing what she does best: writing love stories about the well-off falling in love in beautiful kitchens. Sure, its plot is painfully predictable, but it’s sweet and comforting in a way that’s perfect for the holidays.

The film: Although Disney’s version, with Annette Funicello and Ray Bolger, is the most famous version of this story, Babes in Toyland was originally a 1903 operetta written by Victor Herbert. It had previously inspired a Laurel and Hardy film, alongside three television adaptations. Disney’s take here bears little resemblance to Herbert’s work, with most of the lyrics having been rewritten.

Why it’s worth a watch: Although Herbert’s story is a fairly dense one, concerning the villainous Barnaby’s attempts to acquire a young woman’s fortune, it takes place against the most magical of backdrops. Babes in Toyland features a fairytale world rendered with all the scale and flair of a Golden Age Hollywood musical, as the screen fills up with all kinds of colours, music, and dancing. One particularly inventive scene sees stop-motion toy soldiers head out on a triumphant march.

Click through to the next page to continue reading the best Christmas Films on Netflix, Amazon Prime, and Disney Plus