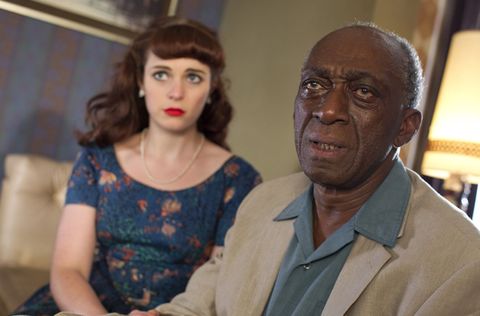 1. The episode isn’t what you might expect from the title.

2. The farewells aren’t over.

3. Hal isn't the only one with focus problems.

4. The discovery of a gruesome trophy leads to a fight.

5. There’s rivalry in the house - and not only between Dickhead and Neanderthal.

7. It’s too orangey for vampires!

8. We find out exactly what it’s like to kill.

9. Leo and Pearl have a very important engagement.

11. Dominoes have never been so sinister...

Read our review of Being Human series four, episode one .