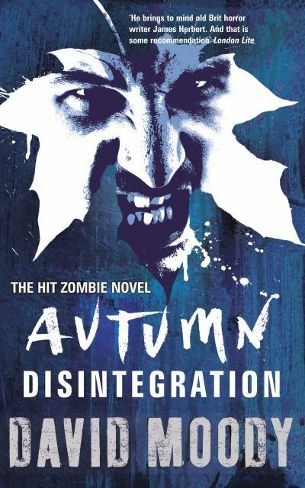 The fourth book in zombie series Autumn series takes a different, more violent approach to the genre. Whereas David Moody's heroes previously spent most of their time hiding in cupboards and bickering, Disintegration 's gaggle of survivors are a proactive bunch, tooling up and taking the fight to the dead. You're never more than a chapter or two away from a massacre here.

The central question - is it better to stay quiet and keep your head down, or stand up and fight? - adds a little depth to the carnage, but Disintegration is swamped with vaguely sketched-in characters. And while we're constantly told that the zombies are getting smarter, the book never really explores what that might mean. Instead, Disintegration settles for being a decent, if unexceptional, survival horror yarn.