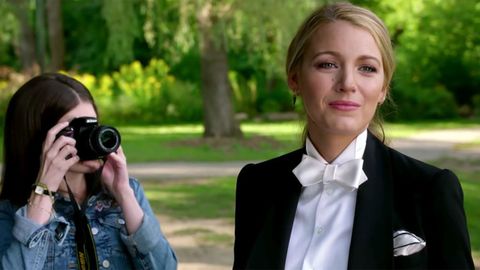 Paul Feig makes a slight gear change for a slick thriller that’s best enjoyed with a martini in hand.

While female-led comedy has always been a constant in Paul Feig’s career, he has taken that preference from genre to genre, going from Bridesmaids to buddy-cop (The Heat), spy movie (erm, Spy) and sci-fi actioner (Ghostbusters). Here he ventures into what the marketing materials call his “darker side”, though make no mistake, there are still lots of laughs to be had in this missing-person thriller.

Playing something like a chic and approachable Gone Girl, A Simple Favor is high-gloss, high-camp filmmaking, as if Feig is channelling François Ozon (L’Amant Double) for a more mainstream crowd. Adapted from Darcey Bell’s page-turner, it’s frothy and throwaway, but there’s plenty of slick fun to be had along the way to solving the (murder?) mystery, with skeletons crammed into every closet.

At the centre is Anna Kendrick’s Stephanie, a mummy vlogger most at home making cupcake-decorating videos for her online audience. A widow and mother to a small boy, Stephanie’s a teacher’s pet among parent volunteers at school. It’s at the school gates where Stephanie crosses paths with Emily (Blake Lively), a glamorous publicist who rocks up at home-time in a three-piece-suit and fedora.

Their sons’ friendship leads to a play date, and Stephanie soon finds herself wowed by Emily’s world. Against your better judgement, it’s hard not to feel the same. From the luxurious designer pad (decorated with not-so-artful nude paintings of herself), to her no-filter attitude, via some canny martini-making skills, Emily’s like a Tyler Durden for the Good Housekeeping crowd. In Freudian terms, she’s all id: entirely selfish, but at least she’s refreshingly honest about it in contrast with the buttoned-down bitchiness of the other parents at school.

Lively is delicious fun and oozes callous charisma in her most arresting big-screen showcase to date. Kendrick makes for a good foil, via her trademark awkward schtick, and she gets the chance to play detective when Emily vanishes. Lively’s force-of-nature turn makes her absence keenly felt, her presence looming large over the rest of the film as Stephanie traces threads that lead her from a fashion house to a summer camp.

Under Feig’s sure hand, the mystery elements unfurl steadily and efficiently, with enough suspicion around the three central characters (including Emily’s husband Sean, played by Henry Golding), to make sure the outcome’s not entirely predictable. To its benefit, A Simple Favor doesn’t take itself too seriously; the sense that Feig and co are having fun is contagious, making for a pleasure that you don’t need to feel guilty about.

Find out what else is coming out this year with our breakdown of the most anticipated upcoming movies of 2018 and beyond.

A Simple Favor review: "A slick thriller that’s best enjoyed with a martini in hand"

Paul Feig makes a slight gear change for a slick thriller that’s best enjoyed with a martini in hand.