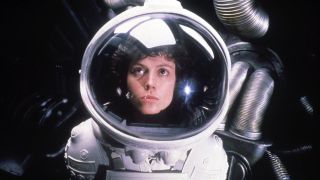 Get out from behind that cushion. Yes, I see you. Tons of movies exist that use tension to keep you interested, but a few push it further to make you wish that the scene was just over already. It could be because you can easily see yourself in a similar situation, or you might have an awful inclination that something is about the happen (and it won't be good). Or it could be the opposite - you know something is going to happen (and it's definitely not good). So, in preparation for reading this list of the 20 tensest moments in movies why not cower and paint your belly yellow. Pick up the cushion again, and get ready to widen those eyes.

The Scene: “What did ya say?” rants Tommy DeVito (Joe Pesci) after Henry Hill (Ray Liotta) has the audacity to suggest he’s a funny guy.

“You mean, let me understand this cause, ya know maybe it's me, I'm a little fucked up maybe, but I'm funny how? I mean, funny like I'm a clown? I amuse you? I make you laugh? I'm here to fuckin' amuse you? What do you mean funny? Funny how? How am I funny?” Awkwarrrrrd.

Hide Behind The Cushion Moment: Tommy just won’t let it drop as Henry flounders, mouth sagging. “How the fuck am I funny?!” he demands with a steely glare. He’s joking, of course, but it’s touch and go there for a moment…

Hide Behind The Cushion Moment: Asami goes all out with a wire saw, taking off Aoyama’s left foot…

The Scene: After days trapped with dwindling supplies, Aron (James Franco) breaks his arm and attempts to cut himself free. Crazy editing and a tension-ratcheting score make this the queasiest viewing experience TF has had in a while.

Hide Behind The Cushion Moment: The soundtrack screams – and so do we – as Aron attempts to slice through that final nerve…

The Scene: Mean Girls eat your heart out; if you’re looking for seriously savage teens, the ‘70s is where it’s at. Timid school girl Carrie (Sissy Spacek) gets taken to the prom, but bitchy Chris and Norma want revenge for being denied access to the party. Cue a bucket of blood and a prom queen voting scandal – plus one achingly creeping slow-mo shot that shows us exactly what poor Carrie’s in for.

Hide Behind The Cushion Moment: The bucket tips, and Carrie gets soaked. But the fun’s only just getting started…

The Scene: Everything looks set to go as Doc Brown prepares to send Marty McFly back to the future by harnessing the power of lightning – which is about to strike the clocktower. Except he gets in a right mess trying to sort out the cables when a tree collapses and threatens to ruin everything. Robert Zemeckis expertly drags the tension out so that you’re on the edge of the seat no matter how many (hundreds of) times you’ve seen the film. Damn. Damn damn.

Hide Behind The Cushion Moment: Up on the clocktower, Doc finally manages to re-attach the cords, only for the one on the ground to come unstuck. “Aaaggh!” indeed.

The Scene: Ridley Scott pretty much spends the entire final 30 minutes of Alien shoving our nerves into the shredder, what with the Nostromo set to self-destruct and Ripley still nowhere near the escape pod. But it all reaches a zenith when we’re convinced Ripley’s safe and sound in her escape pod – only to find she has an extendable-jawed hitchhiker in there with her.

Hide Behind The Cushion Moment: Ripley’s got her space suit on, but she can’t see where the alien is until BLAM – he’s right there in her face…

The Scene: The tension-grinding centrepiece to Francis Ford Coppola’s masterpiece, now infamously known as ‘The Godfather restaurant scene’. Michael (Al Pacino) volunteers to kill Sollozzo and McCluskey in an Italian restaurant, and has to find a way to retrieve a gun from the restroom in order to carry out his dirty work.

Hide Behind The Cushion Moment: Michael sits and waits for his moment, as we sweat buckets…

The Scene: All the more horrific because it’s based on real events. As the passengers aboard the United 93 get word that the World Trade Centre and the Pentagon have both been hit by planes, they decide to raid their plane’s cockpit and take back control of the flight. Armed with all manner of makeshift weapons, they take down their captors, but will it be a case of too little too late?

Hide Behind The Cushion Moment: Through the cockpit window, the ground starts to rush up to meet the plane…

The Scene: Clarice Starling (Jodie Foster) finds herself in the bowels of Buffalo Bill’s lair, but she has no idea where he is. Then the lights go off. Staggering around in the dark, we follow Sterling through Bill’s POV as he dons a pair of night vision goggles and stalks his easy prey.

Hide Behind The Cushion Moment: Buffalo Bill reaches out and almost touches Clarice’s face as she stares blindly right at him…

The Scene: Director Brian De Palma tips his hat to Battleship Potemkin’s infamous Odessa Steps sequence as Eliot Ness (Kevin Costner) and George Stone (Andy Garcia) attempt to save one of Al Capone’s accountants from attack at Union Station. Adding to the confusion, a woman’s pram (replete with baby) starts rolling down the steps, and Ness must choose between saving the baby or the accountant.

Hide Behind The Cushion Moment: Stone grabs the pram and aims his firearm at a gangster who's using the accountant as a human shield…