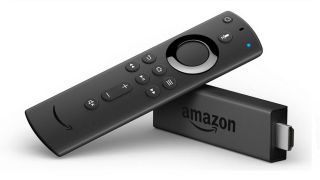 Online retailer and multinational tech company Amazon is on the precipice of revealing its very own game streaming service to the world, one which could directly compete with the likes of Microsoft, Sony, and Google Stadia when its officially announced next year, according to a new report from CNET.

According to two internal sources "familiar with the company's plans", states the article, Amazon is planning to announce this streaming service in 2020, the same year as the release of Sony and Microsoft's next-gen consoles, the PS5 and Xbox Project Scarlett.

5 things to pick up if you're buying Google Stadia

The report also states that the company has begun recruiting talent from the likes of Microsoft and elsewhere across the games industry, in addition to onboarding new employees to develop a "new initiative" for its Amazon Web Services team, which is apparently involved in this upcoming gaming service.

While the details of how this model and tech would work are unclear, it's likely that Amazon's plans would directly compete with Google's recently released Stadia service, which allows users to stream a number of games remotely from its cloud servers across a variety of devices.

Amazon has already been dipping its toes into the games industry over the last few years, with both an original IP, New Worlds, and a Lord of the Rings MMO in the works for PC, while the company acquired streaming service Twitch all the way back in 2014. It's no surprise, then, that this tech titan is making the full jump into games for 2020, which is already shaping up to be a huge year for the industry at large.