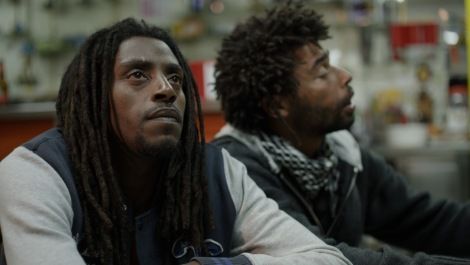 Every nation has its mean streets. Here, the spotlight falls on Portugal, where wired ex-con Sombra (Pedro Ferreira) attempts to dodge violent debtors.

Director Basil da Cunha’s debut is distinguished by its striking sense of place, use of non-professional actors and night shoots to uncover a forgotten corner of Europe. It’s a shame the accompanying story falls so flat.

Some half-hearted magic realism paints Sombra as a tragic urban vampire – but da Cunha never fully embraces it. Instead, he settles for an over-familiar gangland saga, deep in hock to City Of God .