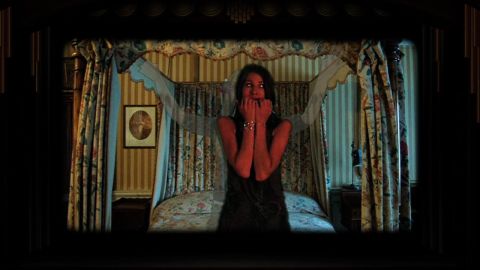 The basic idea of this Live Vision game is brilliant – set up a camera, play some EyeToy-style minigames that require different movements and chuck in some silly expressions and faces. Then, once the round is over, sit back and watch You’re in the Movies play back your actions in a series of B-Movie style film trailers.

It works too – and it’s a brilliant bit of fun for an hour or two. There are downsides however. It can take a little while to set up and, unless you film yourself perfectly, it all comes out a bit glitchy. And as an actual ‘game’, some elements are a little broken, like an unbalanced scoring system that makes winning and losing arbitrary.

The sort of thing you’ll bring out once in a while when mates are round. No harm in that – even if as a game it doesn’t really work.