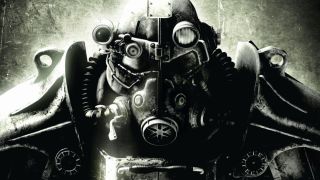 You might think that the end of the world wouldn't leave much to the imagination, but try telling that to the countless video games and movies which have come up with all kinds of creative ways to destroy us all. We got the GamesRadar team together to sift through the debris and pick out our favorite apocalyptic stories and scenarios, and our deep dive turned up everything from the solemnity of The Road to the retro-futuristic and uniquely American vision of the Fallout games. This is the latest in a series of big questions we'll be interrogating our writers with, so share your answers and suggestions for topics with us on Twitter.

Most video games are either pre-apocalyptic or post-apocalyptic: the end of the world is a glorified game over screen or it's just the way things are. Square (now Square Enix) got really into showing both sides of the end times for a while there, releasing both Final Fantasy 6 and Chrono Trigger within a year of each other. Both of them did the end of the world quite differently: FF6's apocalyptic false ending upends expectations while Chrono Trigger's band of Time-Traveling Fantasy Teens being stranded in a scorched future is more of a chilling interlude. Chrono Trigger has a number of sad moments but 2300 AD is straight-up depressing: just listen to its bleak overworld music and feel the hope drain from your soul. Or think about how the flavor text for the health-restoring Enertron reminds you "you're still hungry" every time you use it. Thank God 2300 AD has transforming greaser cyborg Johnny and his kinda-fun, kinda-bullshit racing minigame to break up all the oppressiveness. Connor Sheridan

Apart from maybe Lego The Lord of the Rings, the Metro series is the only example where I can humble brag about reading the books before the games made them cool. While Dmitry Glukhovsky's novels and 4A Games' first-person shooters are naturally divergent entities, both capture the Cold War inspired tension of a Russian post-nuclear landscape so well that the overwhelming gloominess of it all never teeters into tasteless misery. Obviously, the irradiated beasts and supernatural terrors are a big part of what makes Metro so scary, but it's the political backdrop that turns Moscow's underground subway and its uninhabitable surface into a truly fascinating milieu. Few games are set in Russia, but that unique cultural stage makes each story's ruminations on nationalism and power politics all the more striking, and both Metro 2033 and its sequel Metro: Last Light admirably refuse to ignore that aspect of Glukhovsky's writing in their interactive adaptations. Here's hoping Metro: Exodus will be able to achieve that same balance of immediate scares and skin-crawling commentary. Alex Avard

Everyone, sit down: Horizon Zero Dawn wins the best apocalypse category. Showing what possibilities await after an apocalypse, Aloy’s world is absolutely stuffed with life, both robotic and fleshy. Ruined buildings still stab the horizon, but unlike a lot of the typical depictions of post-apocalyptic life, these structures are strewn with vines and greenery, proving that although an apocalypse is an end in some ways, it’s also a beginning for a brave new world. The actual apocalypse in Horizon Zero Dawn’s lore is damned harrowing. You’ll hear recordings sent home by the soldiers trying to delay - not stop, because they simply can’t - the robot onslaught, the tragic hope of human civilians, and finally the lies told by the world’s governments about humanity’s chances of survival. Horizon Zero Dawn’s apocalypse is the best because it shows all the sides of humanity: the good, the bad, and the side that stabs robots and survives no matter what. Zoe Delahunty-Light

The best apocalypse - and by best, I mean the most utterly terrifying end to mankind you could ever imagine - is clearly the one portrayed in 2009’s The Road. Directed by John Hillcoat and starring Viggo Mortensen and Kodi Smit-McPhee as a father and son trying to survive in a post-apocalyptic wasteland, I don’t think I’ve witnessed a more harrowing depiction of an apocalypse than the one put forward in this film. There’s no struggling band of survivors who eventually become like family to each other, no alien invaders that force everyone to put aside their differences, no safe haven to eventually be reached… just a desolate road filled with despair and a man and his son travelling it and trying to stay alive. Grim, is the word. Lauren O’Callaghan

Everybody's Gone To The Rapture

As far as ends of the world go, Everybody’s Gone to the Rapture’s ‘trans-dimensional space aliens mathed humans into oblivion' is, well, out there. Forget zombies and apocalypses, the idea we could encounter entities so far beyond our comprehension that simply looking at them dissolves our very beings into some other existence or dimension is far more interesting. That seems to be the idea behind “The Pattern”, which astronomers bring to a sleepy English village simply by seeing it in a telescope.

What makes this far more terrifying and fearful than monsters and explosions is the sheer uncertainty of it all .You wander around an abandoned town where everyone’s missing, finding nothing but strange lights and dead birds. There’s no sense of heroics or bravery here, just the human race slipping away unseen and unheard, without really knowing why or understanding what’s going on. And that seems far more realistic: humanity simply fading away like an old man’s failing mind, with only flashes of clarity along the way. Although it might not strictly be the end. Some parts of the story imply that people simply moved to another form of existence or joined with some sort of collective unconscious, leaving plenty for room for interpretation in this completely unique apocalypse. Leon Hurley

While Fallout seems to have run a supermarket sweep down the ‘apocalypse’ aisle with its traditional wasteland, raiders who love wearing tyres, and the fact that no-one appears to have baths anymore (because cleanliness is so pre-collapse-of-civilisation, man), that’s just garnish. This series sets itself apart by depicting the future as imagined in 1950s America. The end-result is bewitching. Ray-guns, bubble-cars, rocket-ships, and atomic everything can be found beneath the rubble of nuclear war, and the creatures who roam its surface have been pulled straight from a 20th-century b-movie. This gives Fallout a truly unique flavor by contrasting 50s optimism with your standard post-apocalyptic misery. Benjamin Abbot

I love The Matrix for the same reasons as everyone else: the action scenes are amazing, the aesthetic is impossibly sleek, and the ideas it puts forth spark the imagination like few sci-fan movies can. You can even count me among the seemingly select few who stand by the sequels, melodramatic though they may be. But The Matrix's bleak vision of an Earth where machines harvest human bodies for energy is the best apocalypse because it speaks to so many of our natural tendencies (especially if you have the added context provided by The Animatrix's canonical backstories).

Of course people would disrespect or ignore robots that are created to work jobs no human wants, even as they begin to outnumber us. Of course the realization that we could no longer compete with our mechanized creations would come as a shock. Of course humanity would be so desperate as to doom the planet by blocking out the sun in a hopeless attempt to fight back. Of course our species would find a way to survive given even the slightest chance in a world overrun by machines. Plugging in to the actual Matrix is far-fetched, but the idea that robot intelligence or dominance could somehow sneak up on the masses doesn't seem so out there when you consider the current state of global warming. Lucas Sullivan

The Last of Us

This is my favourite game. Ever. Not just in terms of gameplay or because of its excellent story, but largely due to the role of its post-apocalyptic scenario and the affected world it presents. This is grounded in its presentation of nature and plants (Horizon is a close second in this department) that have changed the human geography of the world. In The Last of Us, you get a clear demonstration of how nature gives zero craps about mankind, both our near-total downfall and also our stuff. Mother nature reclaims everything and everywhere with remorseless power, busting through concrete and stone, smothering roads and structures with lush greenery. It’s a very beautiful landscape - eerily quiet, lush, and pretty, but still full of life.

Even the infection behind the apocalypse is nature-borne, and while it causes a weird and nauseating-looking condition, it’s a surprisingly intriguing and almost-believable pandemic. It manages to take a recognizable natural base and turn it into a genuinely terrifying result that makes it relatable, resulting in a great - and scary - end-of-the-world scenario. Its presentation of the downfall of society only enhances this. What were once thriving settlements and vibrant communities have become wastelands inhabited by humans with no conscience or morality. The game’s world, I’ve found, has great replay value too. I have another play-through on the go now which I dip in and out of, and there’s always new bits to see, characteristics to identify, and post-apocalyptic features to enjoy. Well played, Naughty Dog, well played. Rob Dwiar

Super Smash Bros. Ultimate opens with dozens of iconic Nintendo characters getting atomized in a desolate landscape marred by the shadows of countless looming Master Hands, so don't you even try to tell me it isn't post-apocalyptic. Did you see the anguish in Sonic's eyes when he reached for Pikachu's outstretched hand as they both tried futilely to escape? Tragic. Ultimate was also the first game to recognize Kirby, the only being powerful enough to survive this apocalyptic disaster, as humanity's savior. That's better than all the grey goo and nuclear war scenarios in the doomed world. Austin Wood

What's your favorite apocalypse? Let us know on Twitter.