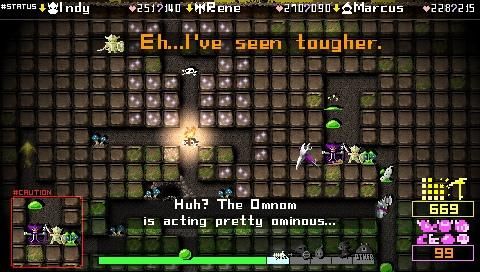 What Did I Do 2 isn’t so much a sequel as a second crack of the whip. The clever original’s core is unchanged – you strategically dig a dungeon to maintain its monstrous ecosystem and make mulch of would-be raiding parties – but various tweaks have been made.

New missions, monsters, mutations and a Freeplay mode add depth, but for the most part the new additions are cosmetic. That’s a good thing – the refreshed presentation is at its best fleshing out the Tutorial/Challenge mode. Suddenly, the intricacies of the game are far clearer and the improved main game is more enjoyable as a result. Before long, even newcomers will be merrily digging up dragons and demons.

And that’s really the only major flaw here: more is done to entice new players than to please faithful fans. It’s a tune up rather than a follow up, but it’s a brilliant, and occasionally very funny, strategy title all the same.