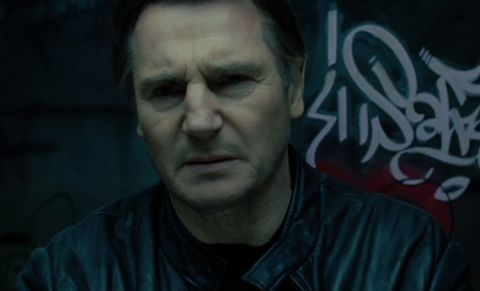 Thanks to 2008’s Taken, Liam Neeson has found himself rebranded as a fiftysomething action badass for the 21st Century.

But where that Luc Besson production hit its target via cartoonishly kinetic bullet-play and Neeson’s tongue-in-cheek turn, this wronged man/amnesiac/conspiracy thriller takes itself far too seriously. Which is a shame, given the set-up’s juicy promise.

Shortly after US bio-technologist Dr Martin Harris (Neeson) arrives at a Berlin hotel with wife Liz (January Jones) for a science conference, he realises he’s left his briefcase at the airport.

Hightailing it back, Harris’ taxi, driven by Diane Kruger’s illegal immigrant, crashes into the River Spree. When Harris wakes up in hospital four days later, he finds his memory suspect, Liz claiming not to know him, and another Dr Martin Harris (Aidan Quinn) at her side.

So far, so intriguing. But Jaume Collet-Serra’s film fumbles Harris’ mounting paranoia, preferring to shoehorn in every conceivable thriller cliché as he trudges snowy Berlin attempting to unlock the puzzle.

To help his cause, Neeson bellows “I AM DR MARTIN HARRIS!” at unsympathetic authorities, under the misapprehension that if he shouts his lines, they’ll sound better. They don’t.

On paper this must have looked a sure thing. Crunching car chases, shadowy assassins, close-quarter combat. But the well-tooled parts don’t make for a satisfying whole – there’s not even a decent villain to boo.

True, the third-act reveal isn’t half bad, helping make some sense of the plot’s gaping holes, but no amount of smoke and mirrors (quite literally, in this case) can save Unknown from living up to the anonymity of its title.