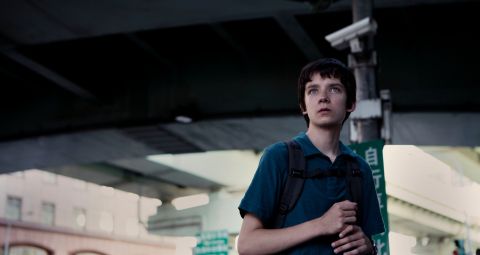 With A+ acting, a solid script and sensitive handling, there’s enough here to move even the hardest of souls.

More than the sum of its parts.

A film about an autistic mathematics prodigy, this British-made drama from debut director Morgan Matthews could so easily be a pint-sized Rain Man. Luckily, there’s not a casino in sight; nor does protagonist Nathan Ellis (Asa Butterfield) mutter seer-like statements about Qantas never crashing.

Inspired by Matthews’ 2007 documentary Beautiful Young Minds, X+Y doesn’t try to ever single out Nathan or his compatriots as freakish. Indeed, after a viscerally shot car accident, it’s not hard to understand why this young chap becomes emotionally marooned, unable to bond with even his mother Julie (Sally Hawkins).

Matthews deserves praise for his tender approach to both Nathan and his story. Much of this comes through Rafe Spall’s multiple sclerosis-suffering teacher Martin. When he meets Nathan, he spies a chance to nurture the boy, encouraging him to try out for the International Mathematics Olympiad, a competition he once entered before his disease got the better of him.

Nathan flies out to Taipei, where the British team is whittling down their try-outs. At this point, a weaker movie might’ve turned into a sort of Countdown meets Rocky. Thankfully, that doesn’t happen. While Nathan is coming of age in the Far East, there’s a sensitive-yet-credible subplot involving his mother and his teacher, as feelings blossom.

Even if there are times when it drags its feet, X+Y’s modest ambitions are ably fulfilled. Butterfield does a fine job in the lead role, though he’s not the only youngster that impresses. Alex Lawther and Jake Davies, both playing Nathan’s teammates, are also spot-on.

With A+ acting, a solid script and sensitive handling, there’s enough here to move even the hardest of souls.