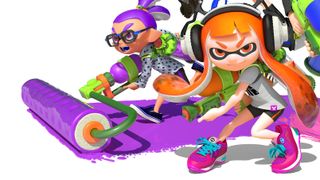 Nintendo’s colourful third-person shooter, Splatoon delivered fresh gameplay ideas that greatly distinguished itself from other titles in the genre. The game’s colourful, fast-paced action made it one of the best titles to come out of 2015, but it certainly wasn’t without its problems. While the gameplay was refreshing there was a severe lack of content at launch, which was mainly reflected by the paucity of weapons and maps. However, Nintendo has consistently updated Splatoon with a host of free modes, maps, weapons and gear for players to experiment with and enjoy.

Now that the ink has dried, Splatoon feels complete and its colourful battlegrounds have provided many of us with a much-needed break from the gritty, realistic shooters that bombard us every year. However, the colourful, chaotic fun doesn’t seem to be stopping anytime soon. Last year’s Switch reveal showcased a few clips from what looked to be a new Splatoon game, which has fans excited for more ink-spreading mayhem than you can shake a paintbrush at. Here are a few things we’d like to see from Splatoon on the Nintendo Switch.

One of the biggest complaints about Splatoon’s multiplayer was that you didn’t get to vote for the stages you wanted to play. Instead, both the regular and ranked game modes went through a rotation of two maps, which changed every four hours. This proved very frustrating for many players, especially those of us who wanted to sink their tentacles into the squid splatting action for a few hours. If you hated the two maps in rotation you either didn’t play, or you painted until the exhaustion of covering Urchin Underpass in ink for the tenth time got the better of you.

We hope Splatoon Switch will implement a rotation system that will allow us to vote for the maps we want to play. Mario Kart 8 did this by randomly selecting stages from the entire roster, which allowed players to then vote for their chosen track. Having the choice to either select maps, or simply randomising them would greatly enhance the multiplayer experience, while also avoiding the frustrations that come with the current four hour map rotation. This would also put an end to the Squid Sisters unskippable news updates, which grew very tiresome.

It felt a little strange to boot up Splatoon for the first time and be met with a barebones local multiplayer option. Couch co-op is a feature we have come to expect with many of Nintendo’s releases, as most games encourage cooperative play between friends and family members, and it’s something we really missed while playing through Splatoon. Sure, we had the Battle Dojo, a local 2-player mode that saw both players rushing around the map to pop balloons, but it felt rather out of place next to the hectic Turf Wars of the online multiplayer. There’s nothing better than grabbing a bunch of mates together, shoving them in a room and beating the living snot out of them in Smash Bros. or completely destroying a long-standing friendship with a Blue Shell in Mario Kart. We want to replicate these moments, but on the colourful battlegrounds of Splatoon.

On that note, another thing we’d love to see is the option to buddy-up with a friend in the single player campaign. Splatoon’s campaign was an absolute blast, proving to be one of the most fun and intuitive shooters I’ve played to-date. The addition of co-op missions or a co-op campaign would add further replayability, and give us more options when tackling the game’s pesky Octolings. Let’s be honest, anything is better than popping those blasted balloons.

Until you reach level 10 in Splatoon, you’re forced to play Turf War. Once you have levelled up you can then join ranked matches, which introduce three new game modes (none of which you can choose). These modes are Splat Zones, Rainmaker, and Tower Control. Granted, they’re all enjoyable and help shake up the way you play, but they shouldn’t be locked behind casual or competitive modes, nor should they be put on rotation. We want to be able to play Rainmaker and Tower control whenever we want to, whether it’s ranked or unranked.

Opening up all the modes on a selectable basis will help the game feel complete, rather than offering the segmented experience we got in the first game. It would be great to see the four original modes return, but adding more modes to the fray would be greatly welcomed, too.The addition of a standard Team Deathmatch, Free for All, or the inclusion of a possible horde mode where you team up to battle waves of Octolings would add even more avenues that would be great to explore.

Most, if not all modern multiplayer games have some sort of chat functionally present, but Splatoon, a game completely based around teamwork had no such support. Instead, players were given two buttons that simply said “Come on” and “Booyah”. These shoutouts offered very little communication and greatly hindered the precision and cooperation needed between teammates to win a match. Those of you who’ve played Splatoon’s Squad Battle mode with a bunch of friends in a Skype call will know how impactful communication is in achieving a victory. Being able to discuss your tactics makes sense in a game that puts such a heavy emphasis on teamwork. We get that Nintendo want to be seen as a family-friendly market, but if you’re going to step into the world of competitive shooters at least allow us to chat with pals, or use custom shoutouts when playing with strangers online. Voice chat is something that we would love to see added to the next game and is a must for competitive play.

Currently, if you want to change your weapon loadout in Splatoon you have to exit the multiplayer queue and re-equip your gear before queuing back up once again. You can’t save specific loadouts either, so if you had gear tailored toward sniping targets with your Charger or covering turf with your Splat Roller you would have to constantly re-equip each individual item once again. Being able to change loadouts based on your team’s needs while in-game would avoid potential losses and greatly speed-up loadout times. Going into a game to find your whole team are using Splat Rollers can be frustrating, especially in ranked where players know how to counter and capitalise off your weaknesses.