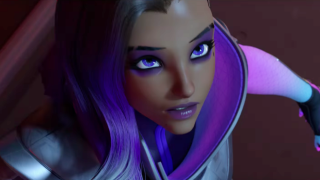 The addition of a new character to a game is usually not a huge deal, but considering all the leaks and months of waiting that Overwatch fans put up with before they got to finally meet her, I can understand why they might freak out over the Sombra reveal trailer.

And freak out they most certainly did, with the tweets below representing just a few of the most poignant, the most comical, and the most excited thoughts that Twitter users just couldn't keep bottled in any longer. Enjoy.

Fandom: I'm so sick of this sombra arg. it's so disrespectful.Blizzard: boopFandom: ALL YOUR SINS ARE ABSOLVED THANK YOU JESUS AND GOD PLENovember 4, 2016

Reaper: do you have eyes on the targetSombra: did you finish my argReaper: no it was stupidSombra: skulls are stupidReaper: how dare youNovember 4, 2016

Super excited for the overwatch community to gloss over Sombra being a murderer and instead focus exclusively on lesbian dating potentialNovember 4, 2016

#Sombra The short made it obvious: everyone, including ourselves in the real world, is a pawn to her. Oh, she gave us something: a spray.November 4, 2016