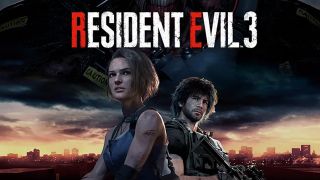 Updated product listings for the upcoming Resident Evil 3 remake confirm that while the game itself is roughly the same size as the Resident Evil 2 remake - about 21GB - so is its Resistance multiplayer mode, putting the whole package at around 42GB. We still don't know much about the breadth of content Resistance will offer, but if its file size is anything to go by, it ought to be plenty varied.

Resistance, for the unaware, is an asymmetrical 1v4 multiplayer mode which sounds similar to Dead by Daylight and Friday the 13th. A team of four human survivors works to best one enemy mastermind that summons creatures and lays traps using randomly drawn cards. Masterminds can also assume the form of various monsters, including Mr. X himself, to get up close and personal with survivors. One of those survivors is Martin Sandwich, a completely real character whose name alone has earned him a spot in Resident Evil history.

Resistance is a pretty hefty mode, in other words - so much so that it's apparently the size of the damn game. It's worth noting that Resistance won't be sold separately, so all players should expect a chunky day-one download or install session. Speaking of day-one decisions: check out our Resident Evil 3 remake pre-order guide for all the details on the different editions of the game, not to mention the best deals available.