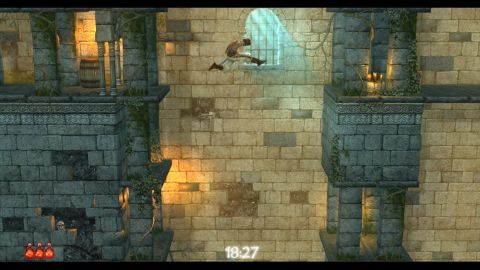 The Live Arcade service returns to its winning ways this week with the release of a true classic, complete with a modern-day overhaul… but in a good way. Prince of Persia Classic is exactly what the title implies – Jordan Mechner’s groundbreaking 1989 classic. This 2D platformer is one of the best games you’ll ever play, and one of the best values to be found on Xbox Live Arcade.

The update to Prince of Persia is two-fold. For one thing, the graphics are all 3D now, although the action continues to be restricted to two planes. Because of that, the animation is as fluid as ever, and some new moves have been introduced to the fray, such as the standing backflip that takes place when the prince jumps in the opposite direction from which he’s facing. But none of the new moves actually change the gameplay at all – they’re just animation flourishes that give the whole thing a very fluid look.