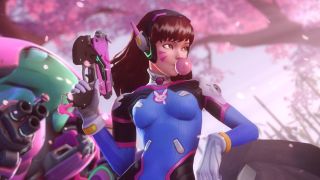 You might notice a certain option missing from your next match of Overwatch. Game director Jeff Kaplan explained this week that an upcoming "silent patch" will remove the game's Avoid feature, which lets you, well, avoid other players. The system was designed to help players filter out those they found too toxic to play with, but you know what they say: the road to matchmaking hell is paved with good intentions.

"We are constantly improving the matchmaker. We learn more each day," Kaplan wrote on the Battle.net forums, explaining how a top-tier Widowmaker player was experiencing exceptionally long queues. "We looked into it and found that hundreds of other players had avoided him (he’s a nice guy – they avoided him because they did not want to play against him, not because of misbehavior)."

"The end result was that it took him an extremely long time to find a match. The worst part was, by the time he finally got a match, he had been waiting so long that the system had "opened up" to lower skill players. Now one of the best Widowmaker players was facing off against players at a lower skill level." Kaplan said that the system had been designed with "the best intent," but that real-world results were proving "pretty disastrous" and "wreaking havoc on matchmaking."

The Avoid feature was just one of many points Kaplan brought up as he discussed the ins and outs of Overwatch's matchmaking system. There's some pretty fascinating stuff there, if you're curious to know how the proverbial sausage gets made. For the rest of you, just know that if you come across someone playing unfairly, your best bet is to use Blizzard's reporting systems, as an easy "avoid this player" button will soon be gone.