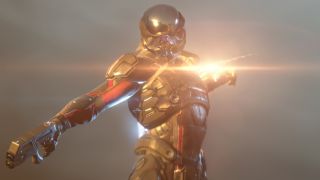 While Mass Effect Andromeda has been through two E3s now, we’ve still yet to get that much info on key features. Mac Walters, the game’s creative director, has at least now given us a little more info on the game’s morality system.

The original Mass Effect trilogy used its Paragon/Renegade system to clarify almost everything in terms of GOOD or BAD. There wasn’t really any in-between wiggle room. However, according to Walters, Andromeda will be loosening things up a little. “I think in general, with all this sophistication of games or engaging in any kind of entertainment right now, [gamers are] looking for more of those shades of grey”.

Walters thinks the old system “was a core part of who Shepard was” and fit with the original trilogy, but when it comes to the future, “I think now we’re moving away from that. We’ve been looking for other ways to engage more of those shades of grey; less about it being obviously being right or wrong and more about giving people a sense of choice”.