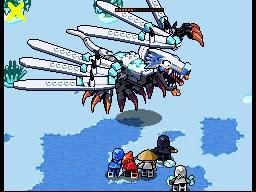 When LEGO first introduced its real-time strategy game, LEGO Battles, the brick-stacking icon reminded us it can do more than the popular movie spin-off games that have grown into a golden goose franchise for the company. It proved that resource gathering, base building and amassing an army of fighters was amusing - and also made a lot of sense - with LEGO characters at the helm. LEGO Battles: Ninjago, the second LEGO-themed RTS from developer Hellbent Games, sticks to the same familiar formula while adding ninjas and skeletons to the mix. The result is an endearing strategy game weighed down by lackluster visuals and weak feeling combat tactics.

LEGO Battles: Ninjago has plenty of play modes available including training, two campaigns and both single and multiplayer skirmish games. The main plot of the story mode focuses on two brothers, Sensei Wu and Lord Garmadon, whose father was a big shot Spinjitzu master. After he passed away, four golden weapons were handed down to his sons and - this is where things get sticky - Lord Garmadon refused to share the wealth. An all-out war eventually broke out, causing Sensei Wu to honor his promise of protecting the weapons and greedy Lord Garmadon to want them all for himself. The two stories are broken down into four acts with about five or six scenes for each act. The Ninjago campaign follows the Spinjitzu warriors as they search to protect the powerful weapons, while the skeleton campaign trails the Skulkin army in their quest to free Lord Garmadon from the underworld and aid in his fight to possess all of the golden weapons.

Look past the mildly entertaining story and you’ll notice that LEGO Battles: Ninjago suffers greatly from dated graphics and unimaginative combat animation. Although the cast of LEGO characters offers a strong variety to the game, their appearance looks frustratingly similar on screen, which makes it difficult to order individual units during a heated scuffle. Since the DS stylus is used to select everything by either clicking or dragging a box over multiple units, issuing particular powers and abilities to each character will put your precision-pointing skills to the ultimate test. Thankfully, the D-pad, which is used to navigate your view of the battle map, is easy to guide and almost feels like second nature after you realize that most of your energy is spent aiming with the stylus for tiny menu blocks and swift-walking ninjas.

There are a few winning traits to the game. For starters, the skirmish modes are wildly entertaining when played with a friend. You can choose between match types like annihilation, capture the flag or king of the hill, all of which can also be played in single-player. During story mode, upgrading your abilities and fighting large bosses will keep you motivated till the end and creates a nice sampling of combat scenarios that prevents the campaign from seeming too repetitive. After completing the campaign, you also unlock a bonus character type that can be played in skirmish modes. But what makes LEGO Battles: Ninjago a decent game when you disregard its bumps and bruises is the fundamental real-time strategy experience. Anyone who has played StarCraft might scoff at the simplicity of the game, but it certainly acts as a beginner’s tutorial for children and casual gamers interested in the RTS genre.

LEGO Battles: Ninjago will satisfy gamers looking for a change from LEGO's popular action-adventure titles and don't mind looking at shabby graphics. The real-time strategy component is great for beginners, but may come off as a bore for seasoned players and anyone who prefers fast-paced action over strategic planning. If you are new to RTS games and love playing with LEGOs, then this game certainly delivers. Otherwise, LEGO Battles: Ninjago is just another installment in the slowly evolving real-time strategy experience of the LEGO universe.