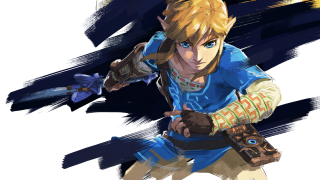 Dreams can come true, etc. As noted on reddit it looks like one Nintendo fan got to achieve their ambitions, apparently turning up in the credits for The Legend of Zelda: The Breath of the Wild.

As the above post notes, this name stood out a little in the Zelda credits:

It stands out a little as, usually, non-Japanese names appear for translation, maybe marketing. This name, as you can see, appeared for programming. Someone then poked around and found this:

Now, it does seem a little too good to be true considering in 2007 Corey said "I realise this is a very large goal but it has been my dream since I first played Mario. I need help figuring out how to achieve this goal. I know I would need to go to a game design school of some sort, and also get my Japanese to a level where I can speak and write professionally."

However, there is a Corey Bunnell on Facebook who last posted in 2014. Once about The Walking Dead Humble Bundle and once to change his header photo to a Triforce. Between 2007 and 2014 that would give him him seven odd years to crack Japanese and programming.

Then there's this page, from the Kyoto Report, which is "a database primarily focusing on all games and personnel from Nintendo". It describes Bunnell as a "a non-native of Japan who moved in pursuit of a career in the game industry. After graduating from Ritsumeikan University, he officially joined Nintendo in 2014, initially working as a Computer Programmer for the Entertainment Analysis & Development Division."

That matches up with his Facebook silence from 2014, although his page isn't exactly a hive of activity. I've contacted Bunnell for comment but for now let's assume this is a climb any mountain/you can do anything feel good story.

[UPDATE: This video shows Corey Bunnell in a Ritsumeikan University video, talking about studying there.]

(Props to Sam Prell for finding this BTW.)

And, if you're playing it right now, then here's a guide to where to find Zelda's unbreakable weapons and shields.