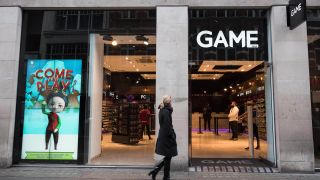 Yesterday, we published a story on the current state of video game stores, which dives deep into the facts behind the supposed 'death of the high street' and asks  whether retailers like GAME in the UK or GameStop in the US have an opportunity to save themselves from being beaten by the growing digital market.

You also had plenty to say about the matter, and dozens of readers offered their thoughts on the situation, while also sharing stories about the better days of the physical games market, when video game stores were more accessible, affordable and agreeable. Here are some of the best comments we've found since the story went live, which together present a wide spectrum of viewpoints on the ever topical issue.

The reluctant transition to digital

I swore I would never go digital, but in the last year I have for a couple of reasons. Over the last few years I’ve got married and had two kids, so my disposable income and free time are at an all time low. I've found that as I haven't played many games since 2014, the games I missed are now really cheap and come with all the DLC during sales on the Xbox Store. I just got Shadow of Mordor GOTY Edition recently for £10. The physical store cannot compete with that value or convenience. I don't buy new releases at all now, and I'm more than happy to wait for the price to come down. Alistair Stuart

I can't stand shopping at GameStop. Nearly every time I go there, I get stuck behind someone who just sits there yapping with the cashier for upwards of fifteen minutes. Employees there have no tact when it comes to customer service. I'd much rather just buy a game online and download it while I'm at work or sleeping. I used to be adamant about physical copies, but lately, retailers like GameStop have killed that for me. Nicholas Thieme

Buying digital is no fun and it's a cheap and lazy way for games companies to sell their games. Go physical and get companies to produce nice collectables, limited edition cases, artwork sleeves etc. Get more for your money at the same rate as a download, plus it's a damn sight easier to trade and more likely to rise in value. Stuart Humphrey

EB Games or GameStop sell you a game for $60 and then you get a trade in value for $5. I prefer digital games now, no switching out discs, no worries about scratched or broken discs, and the game is usually available launch day at midnight. My PS4 Pro has 6TB of HDD space, and I have all 26 of my games installed with tons of space still available. Darryl Schellenberg

I like to be very selective with my purchases. Digital keeps your rights for life, whereas physical can be lost or damaged. The option to trade is nice, but that's from buying games that are, let's face it, short to play and just profit makers. If you're unsure, research, Redbox it or Gamefly it, then buy the digital if it's a keeper. Gamestop has screwed gamers for a long time and now they are paying for it, so make it permanent and stop giving them your money. Michael Kreiner

We had a GameZone here back when I was growing up. You would walk in, there would be a table, with boxes. Inside the boxes there would be PlayStation 2 games stacked up side by side, ranging from $1-$25. Imagine me, going to the store with $50 in pocket via allowance. I bought at least 10 games whenever I went. But the store closed, and GameStop moved in. I never got anymore allowance money after my Grandmother passed away, and the bargain bin faded away after PS3 moved in, as they stopped selling PS2 titles. Now it’s overpriced games and no retro games except through eBay. God I miss the PS2 era, back when you could get titles cheap and you would get the whole game intact. You would just put it in the disk drive and play: no DLC, updates, or anything. Jon Jacobs

One of my favourite memories was at the mall when GameStop was still Babbage's back in high school like 15 years ago. We were waiting in line for Vice City and the employees bought everyone McDonald's soda, burgers, fries, and even ice cream. Everyone was just having such a good time talking about games and sharing game stories. Good times. Garrett Pengilly

The future of the video game store

Game in the UK will certainly die out. They tend to be the worse retailer to go to, while Trade Nation and Grainger Games have been far more reliable in both pricing and stock. Game have been stupid with the way they've handled the market, ignoring huge portions of their audience even till now. Buying out Gamestation and destroying it was the dumbest move they could of done, taking away everything that made that store succeed. Peter Vaughan

It pretty much comes down to customer service, selection, and value. Rarely will you ever find a GameStop that has passionate employees, and that's probably because the employees either have to deal with bad customers, bad bosses, or both. How the employees in these stores are treated usually ends up coming through in the quality of how the merchandise is presented to customers. GameStop has pretty much become the place where you go to find games or systems that were on their deathbed. Pricing can be outrageous for certain pieces of merchandise, and the stores usually have that tacky vibe you'd get from walking into a thrift store. There may be casual gamers who would probably think nothing of it, but there are also a lot of really passionate gamers out there who would actually be willing to go out and socialize with like-minded people at events held at specialty shops like GameStop. If somehow these shops could improve the quality of service and presentation, that's going to be their best bet at surviving.  VJ Antonio