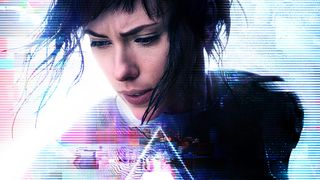 A new Ghost in the Shell movie hits theatres this week and, despite the controversy surrounding its casting choices, I’m excited to check it out. Starring Scarlett Johansson as Major - a human finding new life inside a robot shell - the movie is neither a reboot/sequel of the anime films, nor a direct adaptation of the original manga, so what does it have to offer then? I sat down with director Rupert Sanders for a spoiler-free chat about how much of an influence the original had on him, what he really thinks about the criticisms of his leading lady, and more.

What does the 1995 Ghost in the Shell movie mean to you?

It was so ahead of its time and I think, really, some of those ideas are just catching up to us now today – there’s so many elements of when we are consumed by technology to the degree that we are, where does humanity sit in that new technological order? To trust so much in our devices and sync everyone’s device up – we tell people where we are, what we buy and where we shop, who we talk to – and that goes somewhere. The ghost of information technology out there, and one of the points... of the manga and anime was trusting in technology.

How will your Ghost in the Shell movie be different?

I think we set about trying to create a very original take on the film. The thing that most people say they’re very surprised about is [how] it’s very emotional. It’s a future that we haven’t seen before, and ultimately it’s the journey of a character who’s trying to find herself – at first she’s a human brain in a machine body, so she’s trying to come to terms with technologically, what that is - but ultimately, as the film [goes on], she’s trying to understand not just what she is but who she is.

Are there influences from the original anime in your film?

Yeah, I mean, there’s so many. [I found] so many things in that film that I wanted to personally bring to life; it was a fairly selfish endeavour. I love that [the 1995 movie] so much and I was able to draw from so many great bits of inspiration, I think. We wanted to bring Ghost to a huge audience, we wanted to bring it to a global audience, but we didn’t want to water it down. We wanted to keep those themes, keep those ideas, keep the cyberpunk aesthetics very much alive, and I think Scarlett’s Major really channels that attitude and that edge that I think is so much [a] part of her as an actress.

Did you feel a lot of pressure making this movie?

You’ve got pressure making any film, frankly. It’s all very glamorous over here [at the Ghost in the Shell event], but most of our lives are spent in the pouring rain and the mud. Whenever you’re doing something in the public eye and it’s a very cherished film… you have to silence it really, you can’t read the blogs and take them at face value, you just have to say, ‘I’m lucky enough to be in this position, to do this job’. I feel very strongly about the legacy of Ghost and I’m the next part of that chapter and hopefully a very long and continuing story through the franchise of Ghost in the Shell which is already a huge universe. So yes, I felt pressure, but you always feel pressure as an artist creatively in any endeavour you do, so you just have to do the best that you can do and then hope that is successful.

How did you even begin to start casting for such a movie?

I cast very much from the gut, and I think I was very lucky to be able to get… many amazing international… people that I had always really wanted to work with. Scarlett was one of those people and to me there’s very few actresses who’ve had twenty years experience who have that cyberpunk aesthetic already baked in, you know? She comes from such edgy films from Lost in Translation to Under the Skin – she’s got an incredible body of work and the attitude and the toughness of her really is, to me, the Major, but also she’s done incredibly in this film – she’s playing an android, she’s a synthetic body with a human mind inside – she did an incredible job in nuancing the human kind of evolving through the machine – and in a way I think why it’s very relatable to a large audience is that it’s kind of a coming of age story and it’s a realisation of ‘I am what I am – what has happened to me, good or bad, that is the sum of who I am now’.

How did you feel about the criticism of Scarlett Johansson’s casting?

I think whenever you cast someone, someone’s going to be critical about it. I stand by my decision and she’s the best actress of her generation and I was flattered and honoured that she would be in this film, and I think certainly people who were around for the original anime have been vehemently in support of her, because she’s incredible and there are very few like her.

And her co-star Takeshi Kitano? Were you a fan of his already?

Yeah, he’s incredible and when I was lucky enough to be approached [about the role of] Aramaki, there was no one else who could compare – it took a while to get Mr Kitano to sign on the dotted line and we had to chase him across the world… [but] I got him in the end… and he does a wonderful job in the film. I think what’s amazing is he speaks Japanese throughout the film and Scarlett’s Major speaks English and so it’s a beautifully tender fatherly relationship, and... it just goes to the emotional strength of the film and the kind of the legacy and the heritage of this big Japanese property that’s now global.