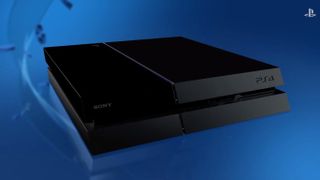 Sony will host a PlayStation-centric event on September 7, where it's expected the company will (officially) reveal the PS4 Slim as well as the PS4 Neo. Of these two models, PS4 Neo is the more powerful, and more shrouded in secrecy. Rumored specs suggest slightly improved CPU, GPU, and RAM, with games running in a "base mode" and higher-performing "Neo mode." There's even talk of some form of 4K support.

If true, these are all very tempting things to have in a PlayStation. But we are mere mortals, not gods made of money. We have to budget for these sorts of things. So let's help Sony out and tell it what price range the PS4 Neo needs to fall within for us to consider buying it.

I've laid out the rumored hardware upgrades below so you can study the two systems on paper, but in case techno-jargon isn't your forte, I'll just sum it up as "sharper resolutions, smoother framerates." I've also embedded a poll at the bottom of this article so you can weigh in on what the system should cost. This is your chance to let your opinion be known, before the PlayStation meeting next week.