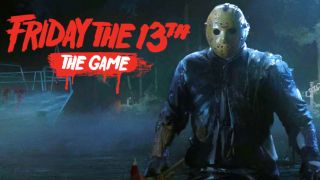 We've known for some time that Gun Media's Friday the 13th: The Game would be coming to Switch, and now it's finally here. Equipped with a few friends, or random strangers online, you can put an end to teenage promiscuity once and for all as you take charge of the undead Jason Voorhees and hunt down your victims on the go. Or, you can head up the resistance and fight for your right to drink, smoke, and do other adult things as a camp counselor surviving in Camp Crystal Lake.

The Switch version of Friday the 13th: The Game is the Ultimate Slasher Edition, which includes all released content up to this point, including single-player challenges, every available Jason skin, and the Virtual Cabin exploration mode. Of course, due to a legal battle between the writer of the original Friday the 13th film and the current rights holder, it's very unlikely we'll ever see any substantial new content for Friday the 13th: The Game. Still, at $40 it's a steal for those looking to get in on the fun.

It's a real shame Friday the 13th: The Game is essentially stuck in permanent limbo, as former developer IllFonic seemed dedicated to improving the experience for players and continuing to add new content (RIP Uber Jason.) That said, it's a small silver lining that the asymmetric horror game will have the chance to expand upon its current cult-following with its release on Nintendo Switch, which will undoubtedly bump up its player base at least for a time.

Planning on picking up the game on Switch? Check out our best Friday the 13th: The Game tips for surviving Jason's wrath.