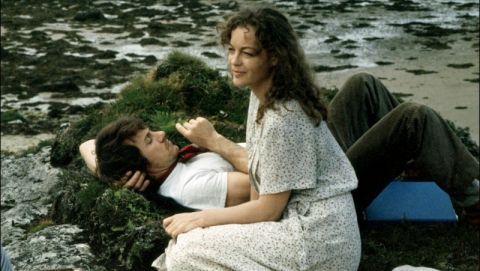 Set in Glasgow and Western Scotland, Bertrand Tavernier’s only purely English-language movie to date (made in 1980) is an offbeat sci-fi that uncannily prefigures the rise of ‘reality TV’.

In a world where disease has been all but banished, Romy Schneider’s gutsy heroine contracts an incurable illness.

She goes on the run – but unscrupulous TV boss Harry Dean Stanton, determined to exploit her final days, sends after her lenser Harvey Keitel, who’s had cameras installed behind his eyeballs.

It’s let down by preachy dialogue, but makes striking use of the Scots locations.