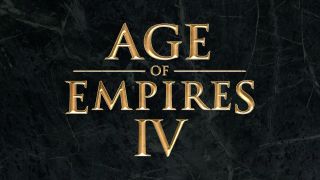 Adam Isgreen has just had the weight of the world lifted off his shoulders. The creative director of the Age of Empires franchise would never admit it but, after spending five years nursing the nostalgic tendencies of a passionate community, he's clearly excited by the prospect of giving the series a long-overdue overhaul. Age of Empires 4 has finally been revealed after years of work behind the clouded fog of development, and now the game is looming large on the near horizon. Age of Empires 4 is a monumental undertaking that is attempting to usher the famed real-time strategy series into a new age.

"Generally speaking, the longer a genre exists, the games that are responsible for taking it forward tend to make it more complicated. With Age of Empires 4, it was important for us to be like, 'okay, how do we back away from that?'. We do not want to take on all of the complexity that we see in RTS games today," Isgreen explains. "This is a fresh start for us. We want to modernise the series and that means we are going to do things differently."

But not too differently. "But this is still going to be an Age of Empires game," Isgreen laughs, holding his hands out in front of him as he does, as if to make a direct plea to the dedicated Age of Empires community to step away from their keyboards. It's clear that World's Edge, Relic Entertainment, Forgotten Empires, and a medley of other partner studios across the globe that have been drafted in to work on Age of Empires 4 are eager to deliver the sequel many have spent over a decade waiting to play.

Learning from the past

Isgreen knows what it takes to make an authentic Age of Empires game. He's seen Forgotten Empires get elbow deep in 20-year-old source code for months now, all in an effort to get Age of Empires 2: Definitive Edition out of the door. "There are two things that you learn from opening up 20-year-old code. The first is that it's almost like speaking a different language; people didn't think about coding in the same way that we do today. It's been a lot of  'What the heck were they thinking… why would they do it this way?' and I guess that's because of the tools of the time."

"The second is how passionate the community is; we always want to do right by the players. Community is a really important aspect to us for all of the Age of Empires games. When we broached the subject with the community of doing Age of Empires 2 as a Definitive Edition we were like: 'We're going to crack [the code] open, what do you want us to do with it?'"

As you might expect, "nothing" was the answer. "Everyone was like, 'Don't touch the combat. Don't. Please don't change it!' So we were like, 'Okay, message received," Isgreen tells me. "The feel and flow of Age of Empires 2 was absolutely the centrepiece, so we decided to build up everything else around it. The core of it was untouchable for the community – the time to kill, the flow of it, the pace of it, it's all so important to the game. We weren't going to mess with that," Isgreen tells me, explaining that the goal was clear for the team. "So our challenge has been taking all of that nostalgia and making it real. So people are like, 'Oh, yeah, this is great. This is totally what I remember!' and it's totally not what you remember," he chuckles, explaining all of the work that's gone into improving everything around the core systems and mechanics. "It's got all this extra stuff around it to make it feel, look, and play like a great experience today."

"We've taken a lot of creative steps to take Age of Empires into modern gaming," says Isgreen. "It's been 13 years since the last Age of Empire game so we have a lot of catching up to do. We're doing things that no other RTS game has done before..."

It's difficult to get a real sense of this now, but you can see hints of it Age of Empires' evolution in its debut trailer. The scope and scale alone is impressive, with Age of Empires 4 clearly taking a fresh look at everything from the miniature of city building to the mass deployment of troop battalions. While Isgreen wouldn't be drawn on whether Age of Empires 4 would feature Total War-style unit selection systems, the neatness of movement – not to mention the appearance of what appears to be leader units – would seem to indicate that the chaos of box selecting entire armies is a thing of the past.

Microsoft is also keeping its lips locked on the civilisations we should expect to see in the game, as well as what the four core resources to be used across all civilisations will be, although he has confirmed that Age of Empires 4 won't necessarily stick to the four-age rule that has been prevalent in previous instalments. There is, however, much eagle-eyed fans can learn about changes to the core systems and mechanics by studying this early look at the game's first two civilisations – the English and Mongols.

"The English intentionally play a lot like what you'd expect of something from a previous Age of Empires game," Isgreen tells me. "The Mongols do not; they play completely differently. We have this wonderful spectrum of civilisations, and that's so there is always a super-accessible way that people can get into it […] there's going to be this wonderful spectrum of different ways that you can enjoy Age of Empires. We could never do that before."

Matt Booty interview: The head of Xbox Game Studios talks Project Scarlett and the desire to "deliver a game every three to four months"

While Age of Empires is being created across the globe by a number of partner studios (with Microsoft overseeing development from its newly created bloc, World's Edge), it is Company of Heroes and Dawn of War developer Relic Entertainment at the frontlines. Isgreen tells me that Relic has been hard at work engineering a brand new iteration of its Essence Engine to support the ambition behind the mechanical and system-end evolution – though knowing when to pull back or to push ahead is still a matter of contention for the studios.

"Relic has done very different things in the RTS space in the past, but it understands that this is an Age of Empires game. The feel and pace of it is all there; you can build big cities, you can wall them in – and you can have fights on the walls now. All of that is really cool and it is so important," says Isgreen. " But it's funny, because Relic was, in some ways, more conservative than us [at World's Edge] at times. They were like, 'But this is different than what has been done in Age of Empires before!' and we were like, 'It's cool, it's cool. We're going to do it…"

"It's wonderful that we're working with a partner like Relic and we have this wonderful relationship with them – I adore them to death – but it's been great to have those discussions with them," Isgreen continues, explaining that Relic have had more than a few 'oh my god!' moments throughout development, but that it ultimately takes bold decisions to make bold strides forward. "They are the ones that are like 'is this too different' and we're like, 'That's okay! It's a different game, it's brand new.'"

Age of Empires 4 is still extremely early in development. Isgreen wouldn't even be drawn on a prospective launch window. That's because there is still a lot of work to be done, and that makes sense once you hear how much time and dedication the team has put into research.

"We're doing something very different with the campaign… I can't talk about it, but it's really crazy-cool," Isgreen tells me as we ask for a little hint. "I can say that we will be bringing history in a fun and exciting way to people – the way we coined it for Age of Empires 4 is 'humanised histories'."

The painstaking research going into Age of Empires 4 is a little astounding, and it's something the team is only too happy to shout about. "We're not interviewing University of Washington professors on Mongolian history," laughs Shannon Loftis, studio lead at World's Edge. "We are going to Mongolia [...] Relic went everywhere, all over the world, when it became time to start researching the civilisations we're going to have in the game at launch. It was so important to be authentic. "

"The level of detail we've gone into with the civilisations is beyond…" Isgreen says as he jumps in, trailing off as he gathers his thoughts. "I've made a lot of RTS games in the past and this is beyond anything I've ever seen in an RTS game."

The reason the team is going all out is because it knows that it has a responsibility, not to necessarily portray history accurately, but authentically – Age of Empires 4 will invariably end up introducing new areas of history to investigate for some of the playerbase. "I love that responsibility. I want that responsibility. I want Age of Empires 4 to be a trusted source of history. I think we can do that justice; I would be over the moon if people were like, 'man, this is legit!' because there's been some shaky history in the previous Age of Empires games," laughs Isgreen. "Age of Empires 4 is very much a celebration of all of history – not just the wars and the people, but the technology and spirituality too. We've gone to great lengths to make sure that our history is accurate to the places."

The studios coming together to build this ambitious new RTS are eager to push Age of Empires into the future, taking the foundations of past instalments and building lovingly on them to create something that is at once fresh and exciting. It's the return of an Age of Empires we've long been waiting for.

Wondering why it has taken Age of Empires 4 so long to surface after its reveal in 2017? Microsoft reveals why its dedication to showing real footage has kept it behind the scenes.