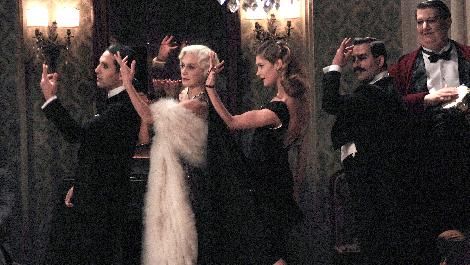 Aspiring actor Pietro (Elio Germano) can’t believe his luck when he bags his dream Rome apartment. But guess what? It’s already occupied by the ghosts of a theatrical troupe who vanished during WW2.

A gentle comedy about a gay man’s attachment to old-school notions of romance, Ferzan Ozpetek’s film is reminiscent of Woody Allen at his most whimsical.

Nothing happens that’s overly dramatic – even the tragedy is treated lightly – but the amiability is infectious. It coasts on its charm so much that Ozpetek doesn’t even bother resolving half of his subplots.