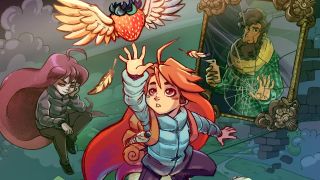 Gaming technology has progressed to the point that we have tonnes of narrative-driven campaigns, rich with multiple-choice stories and interwoven plot threads. In the triple-A space, these games have been common for years. Think your Witchers. Think your Mass Effects. Sprawling games that reward your hours of play and prolonged gaming sessions with ever deeper lore, more characters to interact with, more quests and more collectables. And don't even get me started on the uncanny ability the titles falling under the Games as a Service umbrella – the likes of Destiny 2, The Division 2, and Anthem – have to swallow all of our time and attention with little remorse.

SAVE UP TO 55% ON OFFICIAL XBOX MAGAZINE SUBSCRIPTIONS

This feature first appeared in Official Xbox Magazine. Get the latest Xbox news on your doorstep early and for a better price! Subscribe to OXM here.

But sometimes, you just want to stuff all that and dive into a purer, much more simple gaming experience. After all, the Oxford English Dictionary defines a ‘game’ as a “complete episode or period of play, ending in a final result”. Yes, I just cited the Oxford English Dictionary and, no, I'm not even sorry about it. No mention of loot, collectables or side-quests in there. That’s why I so cherish ‘one-more-go’ games, titles that you can dip in and out of, chipping away a few minutes here and there to suit the amount of time you may have available to you.

Some minds may turn to mobile games at this point, lamenting shovelware business strategies and dismissing that style of gaming with a sharply muttered “casual”. But these sorts of games can be anything but casual, offering experiences just as deep – easy to learn but just as hard to master – as any hours-long RPG with a spindly skill tree that's out there.

Sports games are the most obvious form of one-more-go games, with little-to-no narrative progression aside from league rankings and championship pictures. They perhaps reflect the above definition most closely, and by giving players a good idea of just how long another match (or “complete episode of play”) might take, it encourages that one-more-go mentality.

Many – like FIFA 19 and its predecessors – allow you to tweak the lengths of halves to suit your needs. Only got ten minutes to spare before you’re heading out? Set each half to four minutes (and hammer the A button through cutscenes) and you can take Accrington Stanley to the cup final, and make it to your social engagements on time.

Others games reward precision, tasking you with learning the layouts of their levels and making your way through them in the slickest way possible. Sure, you could bump your way through the explosive set-pieces of Stuntman: Ignition (available to play through backwards compatibility on Xbox One, FYI), scraping a respectable time and most of your paintwork in the process, but you’ll want to head back to the start for one more go at doing it without colliding with any scenery.

Another way to cut down wasted time and encourage repetition is to get rid of loading screens – if your game can handle it from a technical standpoint. The recently released Trials Rising continues that series’ excellent ability of allowing players to head back to a checkpoint at the touch of a button. It’s sometimes too convenient, and a slip of the thumb is all it takes to ruin that perfect, no-restart run.

Celeste combines the ability to restart with the need to get your route though each stage absolutely on point. The tough-as-nails platformer demands precision in many of its stages, and nothing but the way the developers envisaged you making your way through the level will do. You would think that’d make the game frustrating, but though you’ll often be pushed to your limits, with each failure taking you back just a few seconds, you’re implored to try again.

There are ways to dip in and out of longer games. The Xbox’s ‘Instant On’ feature allows you to boot straight into a suspended game at the press of your controller’s home button. I’m far too concerned about energy wastage to keep my console ticking over, but in theory you could make your way through all 100+ hours of Assassin’s Creed Odyssey in one ‘session’.

Don’t get me wrong, I love huge, sprawling games with hours of content outside of their deep main stories and drip-fed, post-launch DLC to drag the experience out even further. But it’s a sad fact that in modern life, video games can often take a back seat to more pressing matters in life, which is why those that offer their adventures in small chunks are such an important part of the landscape.

Not everybody has the time to sink days into the latest release. To grind for better loot, better gear, and an endless litany of resources. That's why games that cater to differing lifestyles are an absolute must. Now if you’ll excuse me, I’ve just got to have one more go on this Extreme-rated Trials course.

Looking for more excellent games to play on your Xbox One? Then why not check out our list of the best Xbox One exclusives.