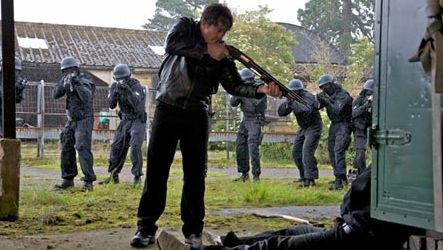 “If you think you know this story, think again,” warns narrator Darren Nicholls (Nick Nevern) at the start of Essex Boys .

But at least three other films have covered the same drug-addled ground, including 2007’s superior Rise Of The Footsoldier .

Set in 1995, Essex Boys follows the real-life wheelerdealers of the title whom cop Phil Stone (Ewan Ross) is plotting to bring down.

Despite decent performances, what follows is an unfocused shambles that Nevern’s shouty voiceover desperately attempts to make sense of.

As for that opening pledge? It’s bogus: there’s nothing new here.