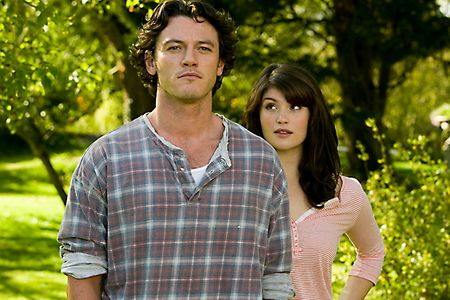 Adapted from Posy Simmonds’ graphic novel, itself inspired by Thomas Hardy’s Far From The Madding Crowd, it’s a bucolic caper about a bunch of self-absorbed city folk causing a ruckus in rural Dorset. It’s smart, sprightly and just a little bit dark.

Gemma Arterton plays the title character, a former ugly duckling whose return to her old village as a sexy bombshell sends ripples across this placid rustic idyll.

Tamara’s plan is to do up the cottage where she was raised and sell it for a tidy profit. But before she knows it, she’s in the middle of a love quadrangle; Roger Allam’s crime novelist, Luke Evans’ farmhand and Dominic Cooper’s randy rocker competing to be the next notch on her bedpost.

Tamara’s romantic shenanigans are eagerly dissected by both the voyeuristic wannabes at Allam’s writer’s retreat – run in his philandering absence by longsuffering wife Beth (Tamsin Greig) – and a pair of prank-playing schoolgirls (Jessica Barden and Charlotte Christie) obsessed with Dominic’s indie drummer.

Together they create enough confusion to keep things pootling along nicely. Meanwhile, Moira Buffini’s waspish script and Ben Davis’ picture-postcard cinematography ensure that there are tart laughs and handsome visuals to be savoured en route to a grimly humorous finale.

OK, this is hardly the sharpest satire you’ll see this year. Nor is it particularly deep. But if it’s a crime to give audiences a rollicking good time, Frears would no doubt plead guilty as charged.