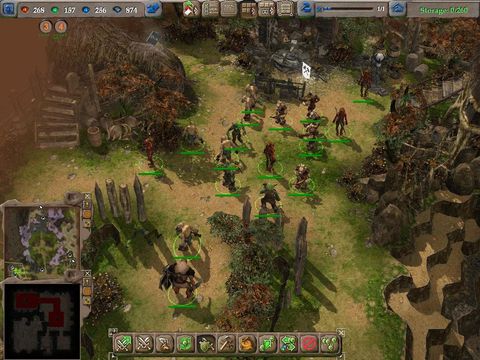 Let’s get one thing straight here, people. Making a fantasy RTS or a Diablo-rip-off that doesn’t run like a pile of rotten shit is not the most challenging thing in the world. Stranger proves that it’s still possible though, as it proves to be the jerkiest, sorriest car crash of a game since Rise of the Robots.

Usually one can ignore how ugly a game is if it plays well, but Stranger looks remarkably terrible and plays worse. The game is just hideously “optimized.” Units move with all the polish of the first season of South Park, while the graphics barely even compare to an early WarCraft.

And don’t expect good gameplay, either. The RPG parts are sparse, “oh you can level up and use items” affairs, and the RTS elements range from basic to out-and-out broken - for instance, you can order your creatures to go in a straight line and watch in awe as only one out of seven of them will actually move.

This game is an unbelievable mess, crowned with the kind of hammy, RPG hogwash that can only spew from a game this poorly conceived and executed. While it should have been easy to plonk this standard fantasy garbage into a serviceable 3D engine and make it purr enough to be at least playable, this game struggles to even look bad. Stranger takes the fantasy RTS genre backwards before breaking it. With so many other games to ape, it’s unbelievable that any developer could deliver something this diabolical.