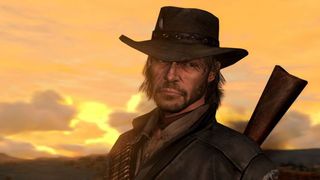 Microsoft has been positioning its upcoming Scorpio console as a continuation of the Xbox One family rather than its successor, and today we got more confirmation of that philosophy. According to Xbox platform engineer Mike Ybarra, not only will Scorpio play Xbox One games, it'll also be backwards compatible with the Xbox 360 titles that have been made available on the platform (like Red Dead Redemption up there):

360 Backwards compatibility will of course work on Scorpio. #xbox https://t.co/0jtSyIIXaHNovember 1, 2016

While this may come of little surprise, it's still nice to know. After all, we don't know Scorpio's specs yet, and if Microsoft has plans for an entirely different type of processor, that could introduce compatibility issues. Listen to PS4 architect Mark Cerny describe to Eurogamer why Sony opted to stick with an eight-core Jaguar CPU when it designed the PS4 Pro:

"Moving to a different CPU - even if it's possible to avoid impact to console cost and form factor - runs the very high risk of many existing titles not working properly," Cerny said. "The origin of these problems is that code running on the new CPU runs code at very different timing from the old one, and that can expose bugs in the game that were never encountered before."

With so many unknowns about Microsoft's next console, even a little bit of info can go a long way.