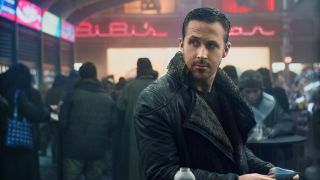 I’ve had this feeling since first seeing Blade Runner 2049, but needed to let the (orange) dust settle before coming for a hallowed classic: Denis Villeneuve’s 35-years-later sequel is better than the 1982 original. Comfortably.

I’ve never held Blade Runner in quite the same regard as most others do. Having revisited it several times (most recently seeing The Final Cut in IMAX a couple of years ago), I always feel the same: it’s a seminal piece of world-building through production design, and the towering influence of director Ridley Scott and late ‘visual futurist’ Syd Mead’s vision can’t be overstated. But the film itself leaves me somewhat cold, always more interesting to talk about than to actually watch.

Having a villain who’s intentionally more human than the protagonist is intriguing on paper, but hard to emotionally invest in. BR 2049 turns the original concept on its head: rather than a presumed human who might be a replicant, here we have the opposite, which is inherently more fascinating.

K’s (Ryan Gosling) suppressed, Pinocchio-like desperation to be ‘real’ is heartbreaking, and that midpoint twist – where K finds the wooden horse – floors me every time, as does the fate of his holo-partner, Joi (Ana de Armas), and his realisation about Deckard’s (Harrison Ford) child.

Primarily it’s this emotional engagement that makes 2049 the superior film for me, but there are other areas where sequel bests original. The plot – rather than simply being a vehicle for meaty philosophical themes – is a gripping detective story in its own right. Despite being 46 minutes shorter, the first film doesn’t have the same narrative propulsion. I watch it interested, rather than gripped.

I concede the ’82 film has a stronger villain in Rutger Hauer’s iconic Roy Batty, but Luv (Sylvia Hoeks) is no slouch. I’d also argue that Benjamin Wallfisch and Hans Zimmer’s music meshes better with the atmosphere of 2049 than Vangelis’ (admittedly more memorable) score did with Blade Runner.

As a feat of world-building, 2049 lives up to the groundbreaking original, in itself is a considerable achievement. But Villeneuve didn’t just match Scott’s original, he surpassed it. Or is it just me?