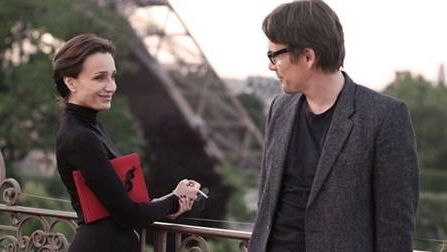 Hot on The Big Picture 's heels comes another European adaptation of a Douglas Kennedy thriller.

Pitching up in Paris to be closer to his estranged ex-wife and daughter, novelist Tom (Ethan Hawke) finds his grip on reality slipping after he starts an affair with seductive translator Margit (Kristin Scott Thomas).

Aided by dreamlike lensing and a raft of enigmatic supporting characters, writer/director Pawel Pawlikowski ( My Summer Of Love ) seeks to channel the paranoid spirit of early Polanski, but contrived attempts to ‘explain’ the film’s many mysteries ultimately disappoint.