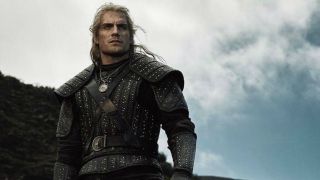 The Witcher Netflix series showrunner Lauren S. Hissrich has begun teasing the direction for the upcoming Witcher season 2, confirming that we’ll get a less convoluted Witcher timeline, as well as hinting at new additions, and even a 2021 release window.

Taking to Reddit for an ‘Ask Me Anything’ (AMA) Q&A session, Hissrich said, “the story will be much more linear, now that the three characters' stories have started to intersect.” The jump forward in time will be more pronounced, too, in season 2 with Hissrich admitting: “We dropped the ball on aging [Jaskier] up over the course of the show. It's hard to show the passage of time when everyone looks the same, so we'll be approaching that differently in [season 2].”

This more straightforward approach to storytelling echoes our own interview with Hissrich, who previously explained: “The story becomes much more focused. There’s a stronger drive in the story, because all of the relationships that we’ve been setting up in season one, actually start to come into fruition in season two.”

But that doesn’t mean The Witcher season 2 will settle into a predictable pattern. “There's a whole new set of fun characters coming in season 2,” Hissrich reveals during the AMA – with fans perhaps hoping their wishes of Mark Hamill playing Vesemir comes true in the near future. That’s a distinct possibility too, with the showrunner dangling more story details and fresh faces for the fans to pore over: “We decided to save some tidbits of witcher lore until... you actually meet more witchers.”

Those looking for a release date for season 2 are in luck. Kinda. Hissrich confirms, “We don't yet have a target launch date for season 2, past 2021. We don't want to rush the product. That doesn't benefit anyone.”

So, a (probable) 2021 return, a tighter story, and a handful of new characters. The Witcher season 2 already sounds exciting. If only we could skip through the years as freely as Geralt and friends…

Finished The Witcher season 1? Then check out one of these new TV shows coming in 2020