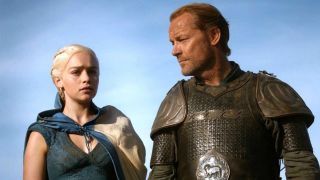 Jorah, Jorah, Jorah. When you’re not grossing us out in Game of Thrones season 7 with impromptu Greyscale surgery, you’re breaking our hearts all over again. Ser Jorah Mormont of Mount Friendzone penned what looked to be a heartfelt letter as he considered the end in Game of Thrones season 7, episode 2 and, spoiler, the contents are about as heart-wrenching as you can imagine.

HBO’s Making Game of Thrones page took its metaphorical letter-opener and laid bare the scribblings of a man so in love with his Khaleesi that he somehow has the most beautiful handwriting despite only been trusty with a sword and, frankly, having one good arm. Now that’s dedication.

*sob* Sorry, a fleck of Dragonglass must’ve just got in my eye.

I really hope that Jorah – whether he gets cured or otherwise – gets the chance to send that letter. It’s fantastically sweet and it adds an even greater level of depth to one of Thrones’ most complex characters.